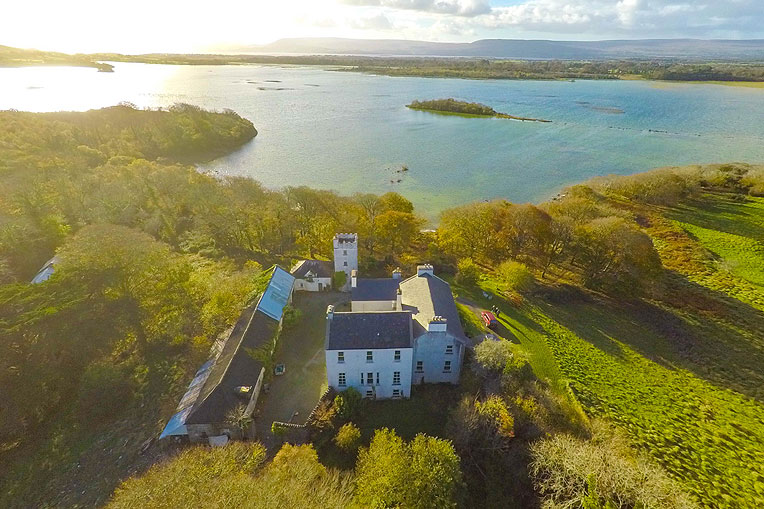 Superb, historic property completed in 1757 with it’s own Lake Island on approx 10 acres, located in a most picturesque location with extensive frontage onto the shores of Lough Carra. 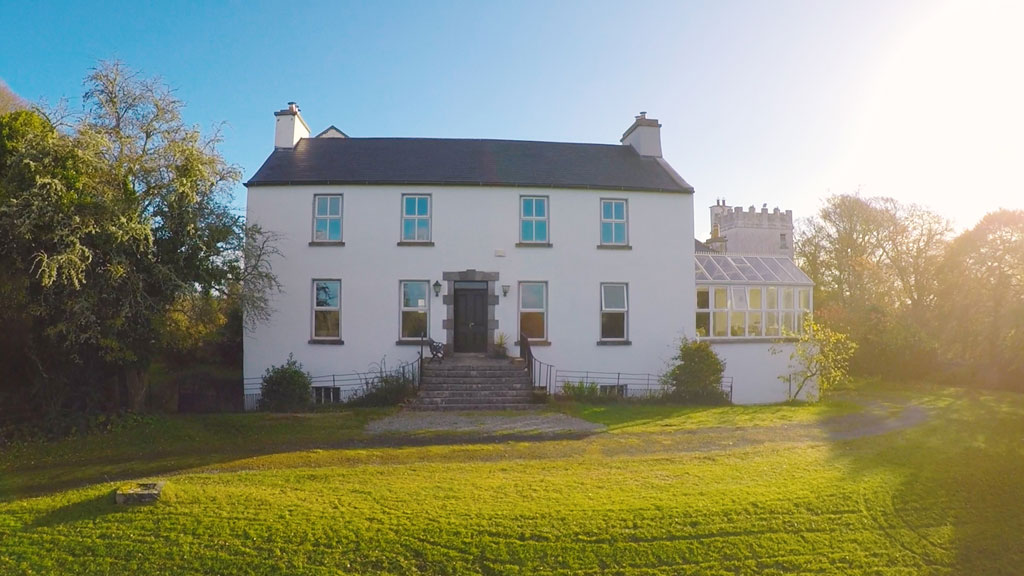 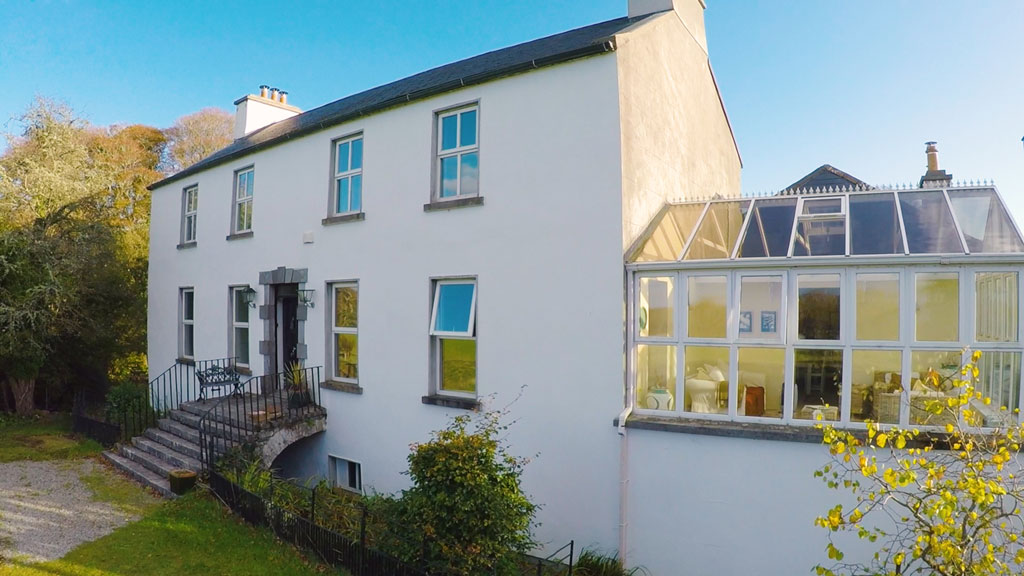 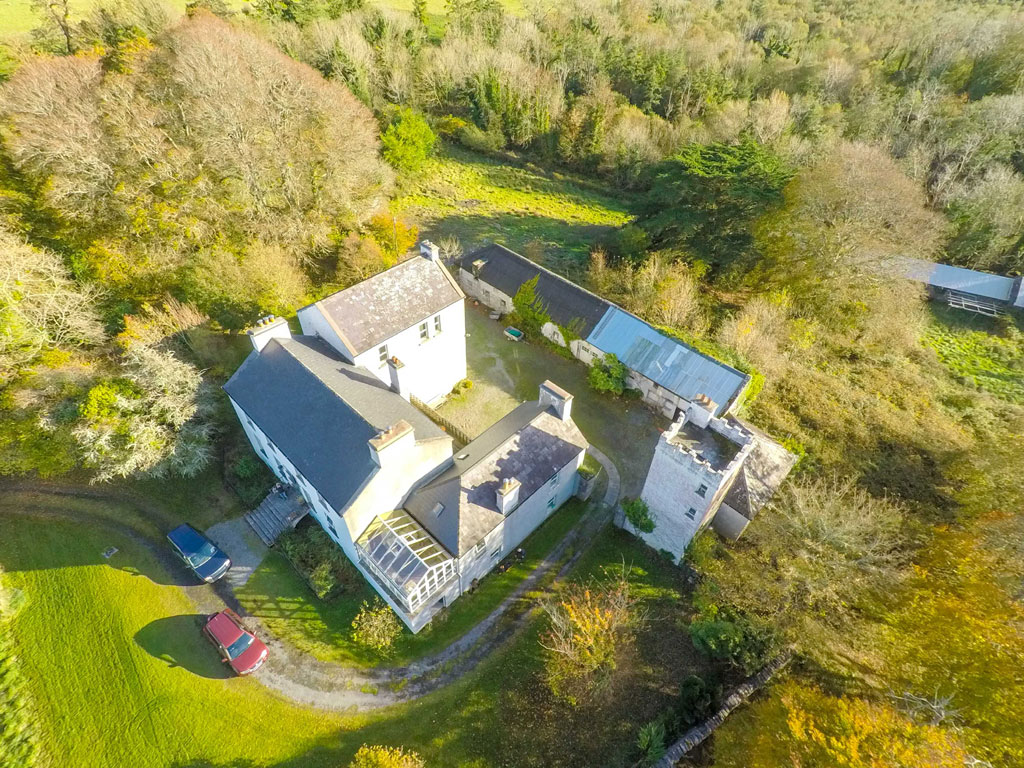 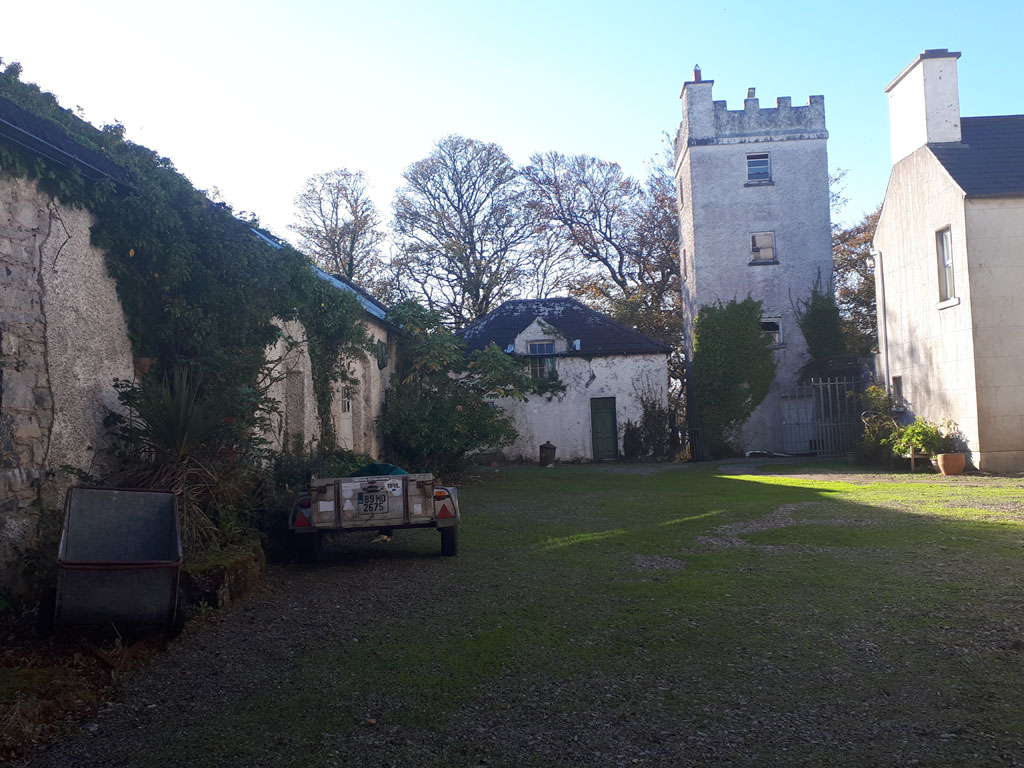 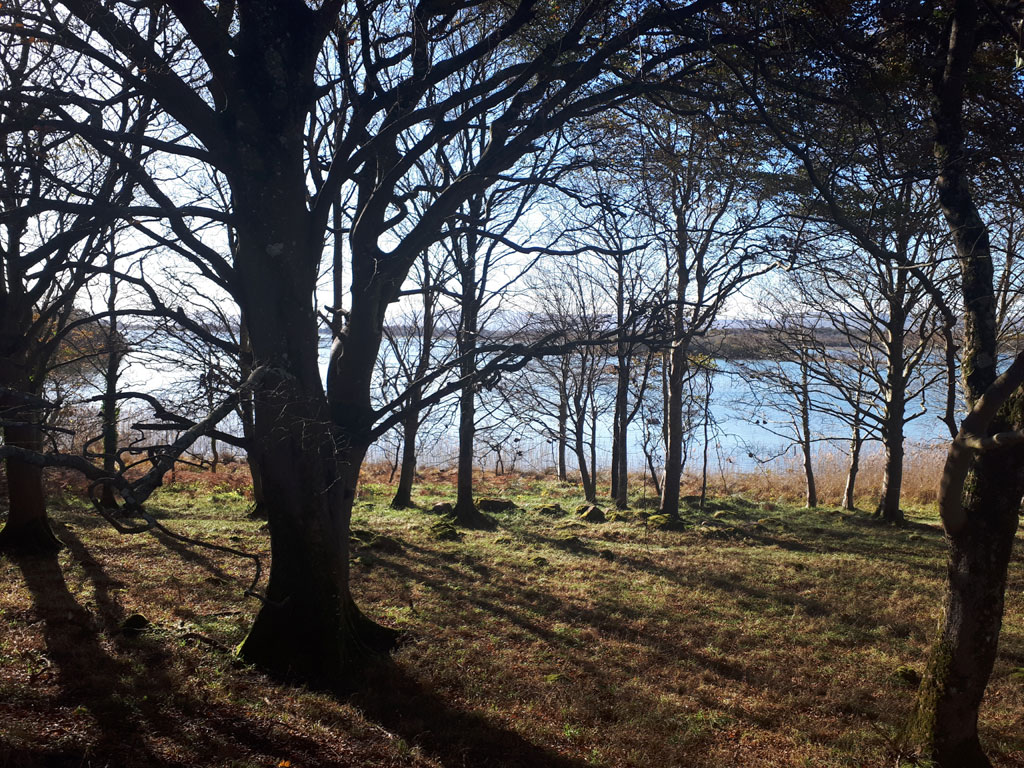 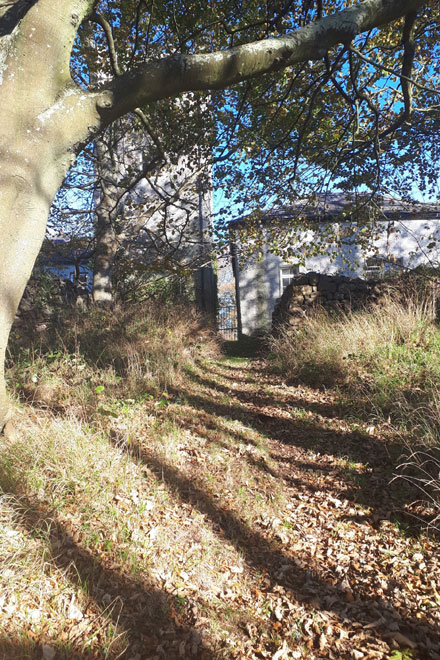 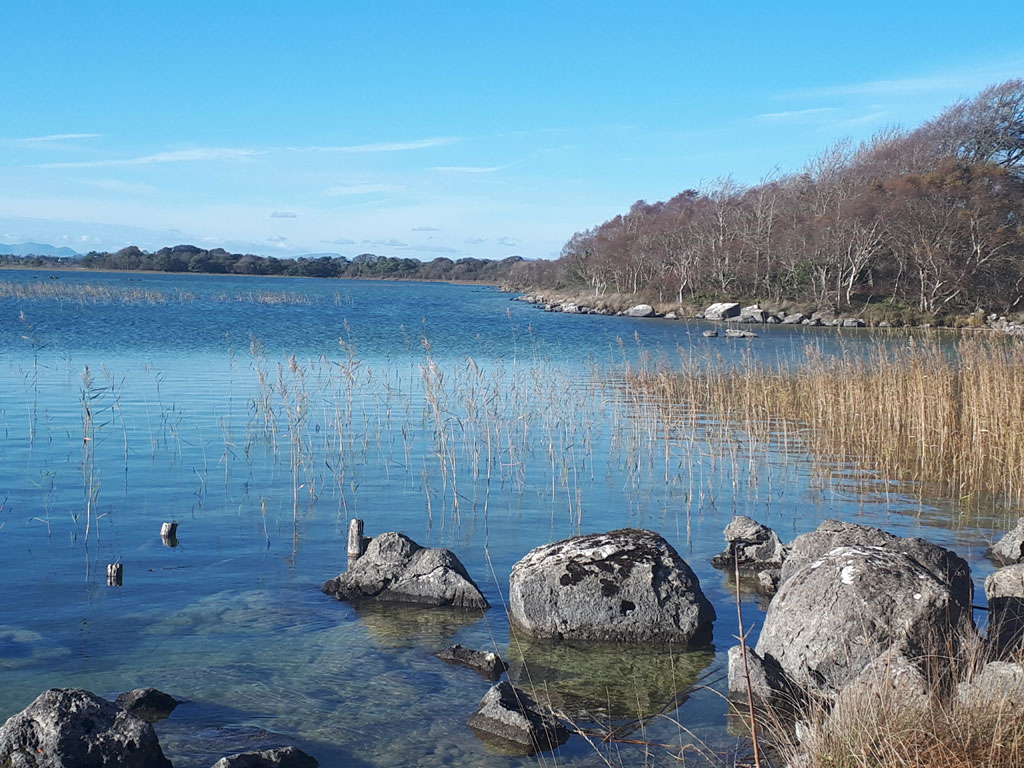 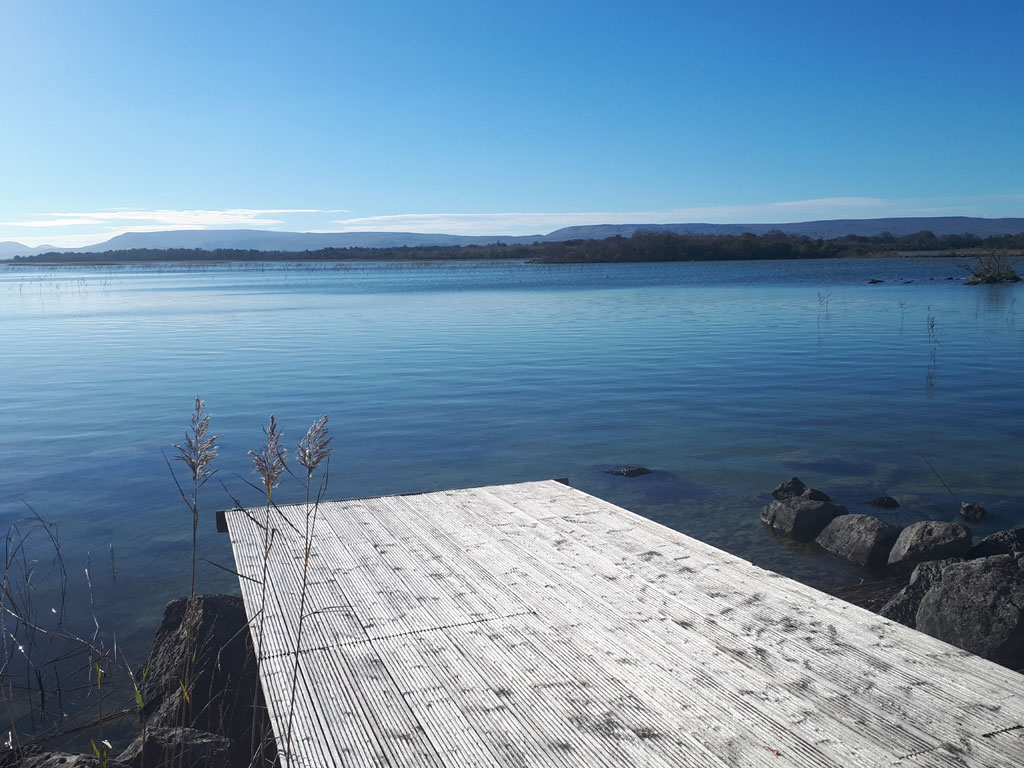 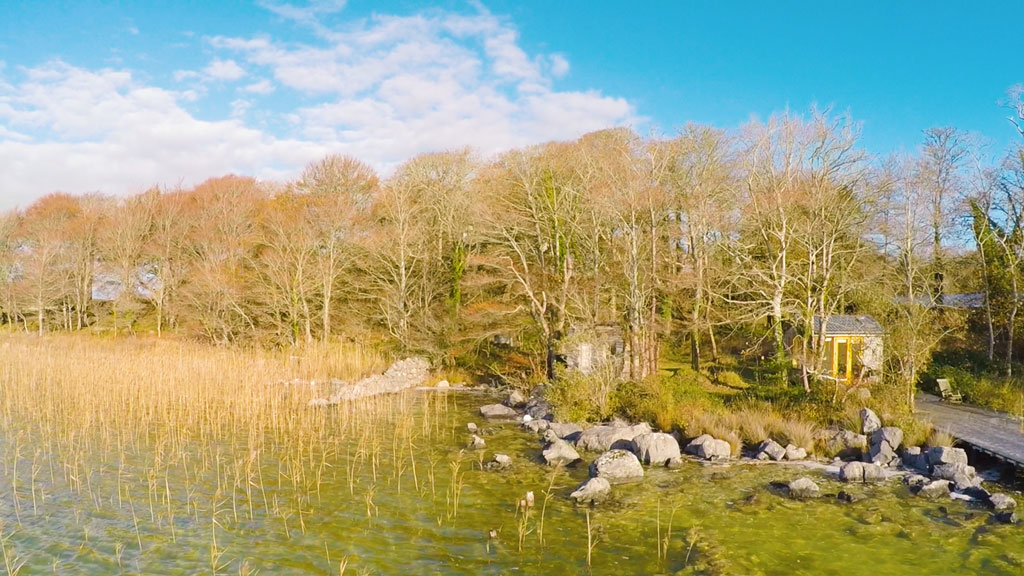 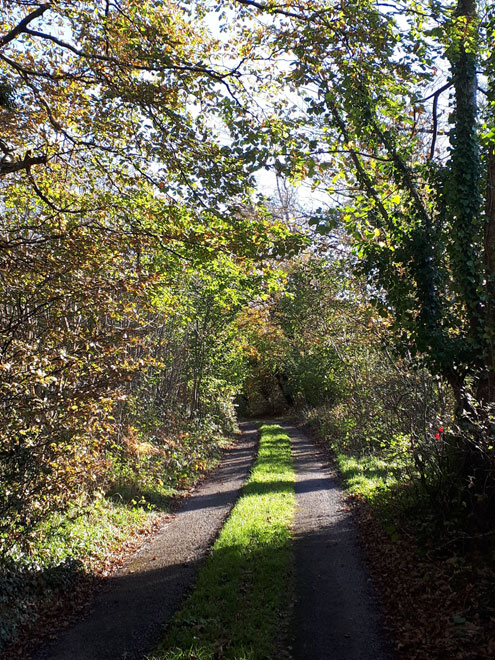 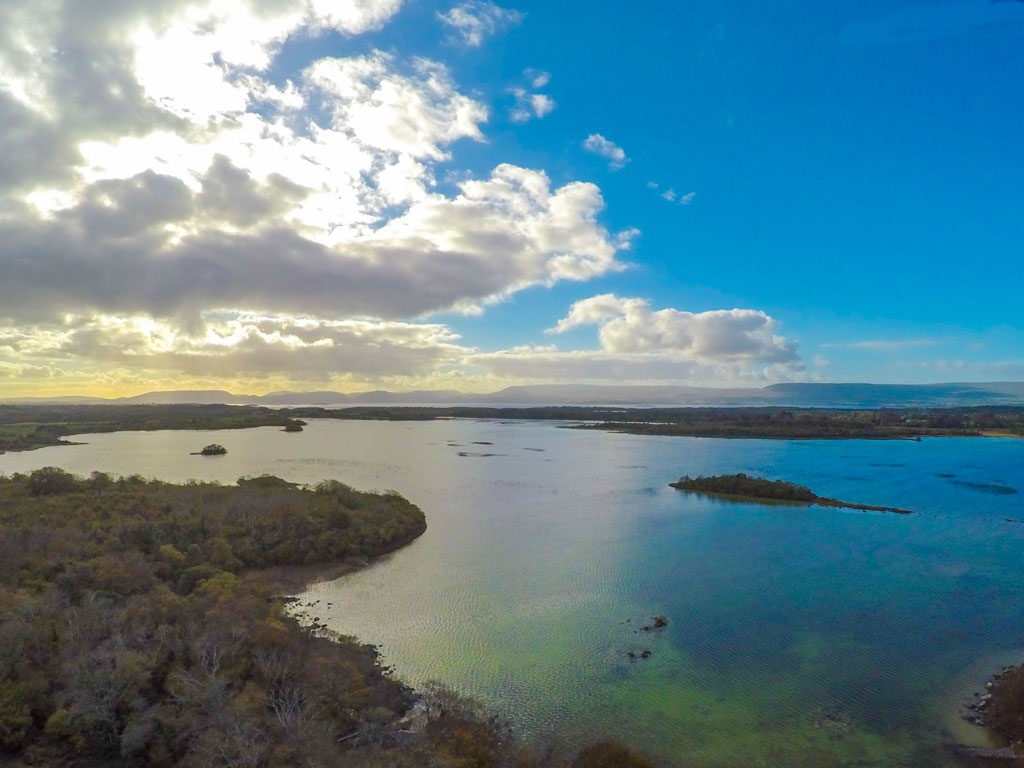 Cloonee House, which was finally completed in 1757, was built as a hunting lodge on the shores of Lough Carra for the Browne family of Westport House. The house and attendant grounds were designed in classic country-house style by Richard Cassells, architect of Westport House, Powerscourt and Leinster House. Cassells, who was one of the leading architects of the Georgian period, was a keen fisherman and was captivated by Lough Carra and Lough Mask, two of the finest fishing lakes in Ireland.

The Cloonee House demesne originally consisted of about 500 acres and was fully walled with a gate lodge, boat house, walled garden and orchard. Along with the fishing, deer, pheasant and duck would have been hunted on the grounds in those days. The symmetry of the landscaping with its fine balance of undulating and mature beech woodland was also designed to be appreciated from the perspective of the lake itself, ‘the lake fisherman’s point of view’. Cloonee House is a rare and still well preserved example of a designed landscape surrounding a house of deceptive Georgian simplicity.

The accommodation in the main house includes an entrance hall, dining room, conservatory, kitchen, drawing room, ballroom, four bedrooms and two bathrooms, all with fine period features and fabulous lake views. The east and west wings of the house both have separate entrances with a living room, bedroom, bathroom and kitchen. There is an extensive garden level / basement area with potential for renovation and development.

Externally there is a charming courtyard area which incorporates Wilde’s Tower House and Cloonee Coach House. The tower has four floors and battlements at the top which gives fantastic views out over the lake and entire property. This is a most attractive addition to the property. Each floor has access via a staircase, and a fireplace, flooring and windows within. The delightful historic coach house has a kitchen, living room, bathroom and bedroom over two levels. In addition there is a wooden pier on the lake with a glass and wood artist’s/writer’s studio.

The house, grounds and demesne of Cloonee House are intact after 250 years. Most of the old Cloonee House Demesne is now in the hands of Coillte and is utilized for forestry. Sheep and cattle farming continues on the remaining lands just as in 1757, and the pastoral simplicity and character of the Georgian designed landscape has been preserved.

Coming through the long driveway through the woods on the approach to Cloonee House is like returning to a bye-gone era. There is an immediate feeling of being in two centuries at once. The modern world does not intrude in any way. From the current gateway of the house the driveway sweeps around dramatically with unimpeded views of the lake directly ahead and to the right, all framed by magnificent beech trees which stretch from the gardens of the house to the lake as Cassells designed it.