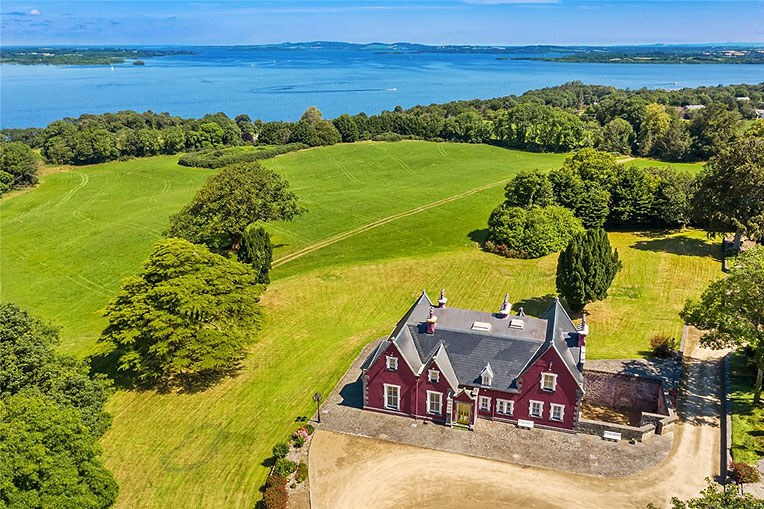 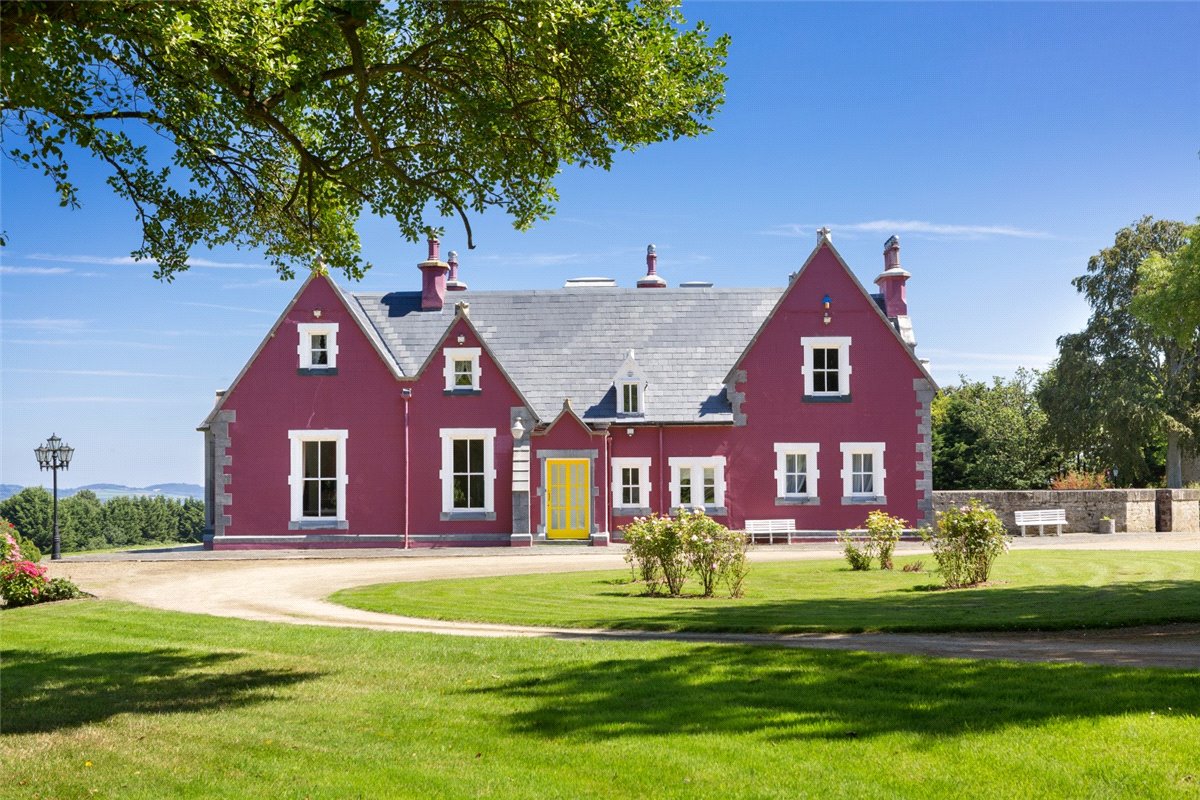 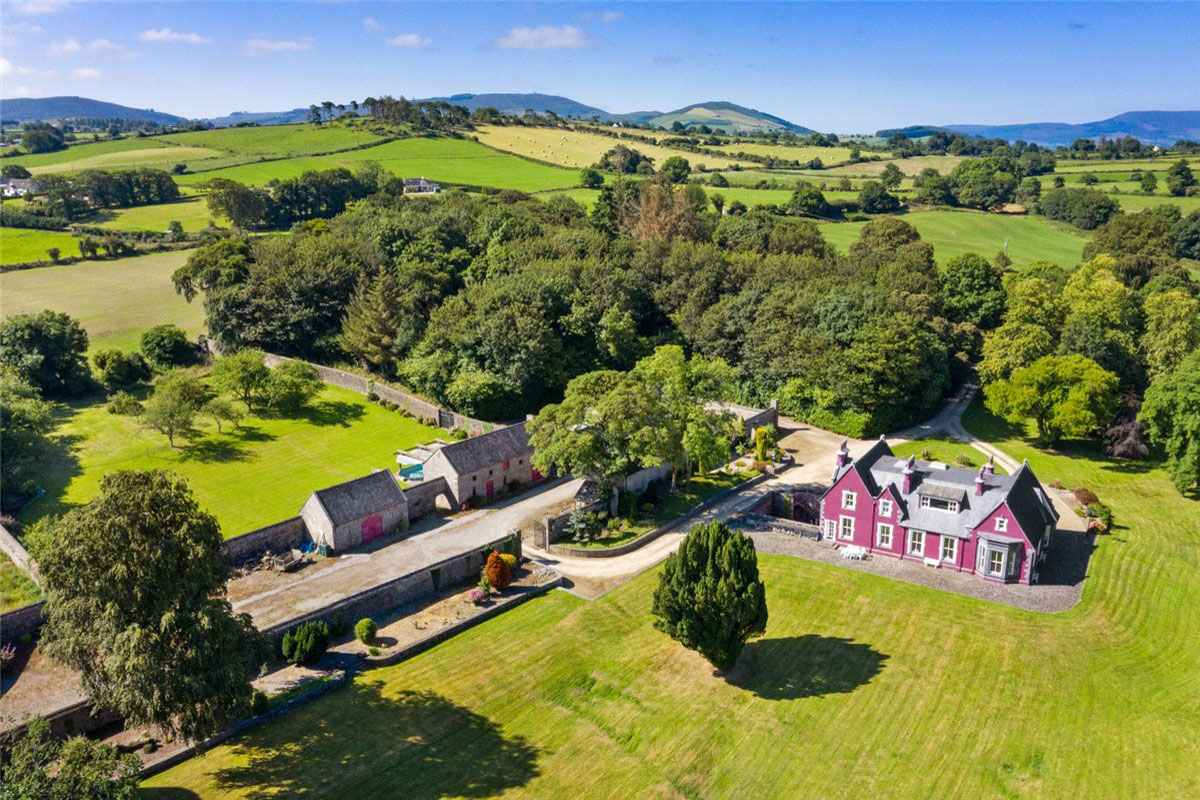 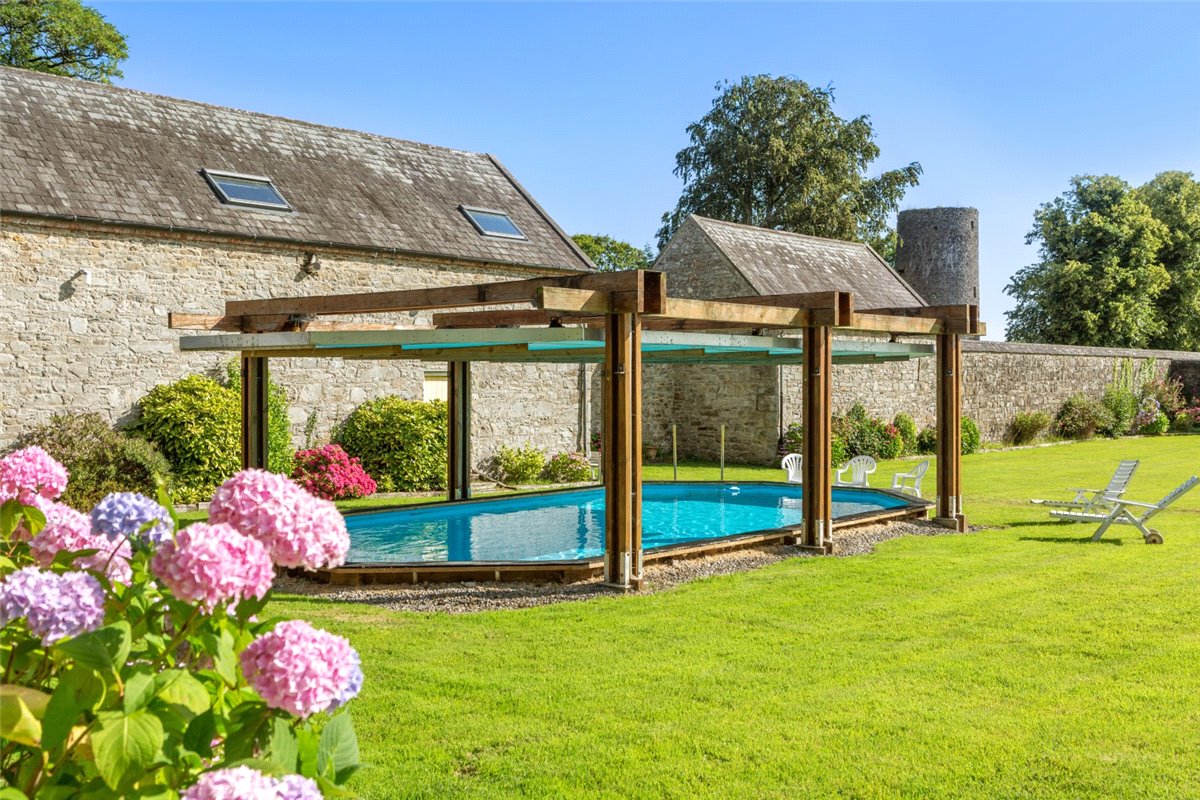 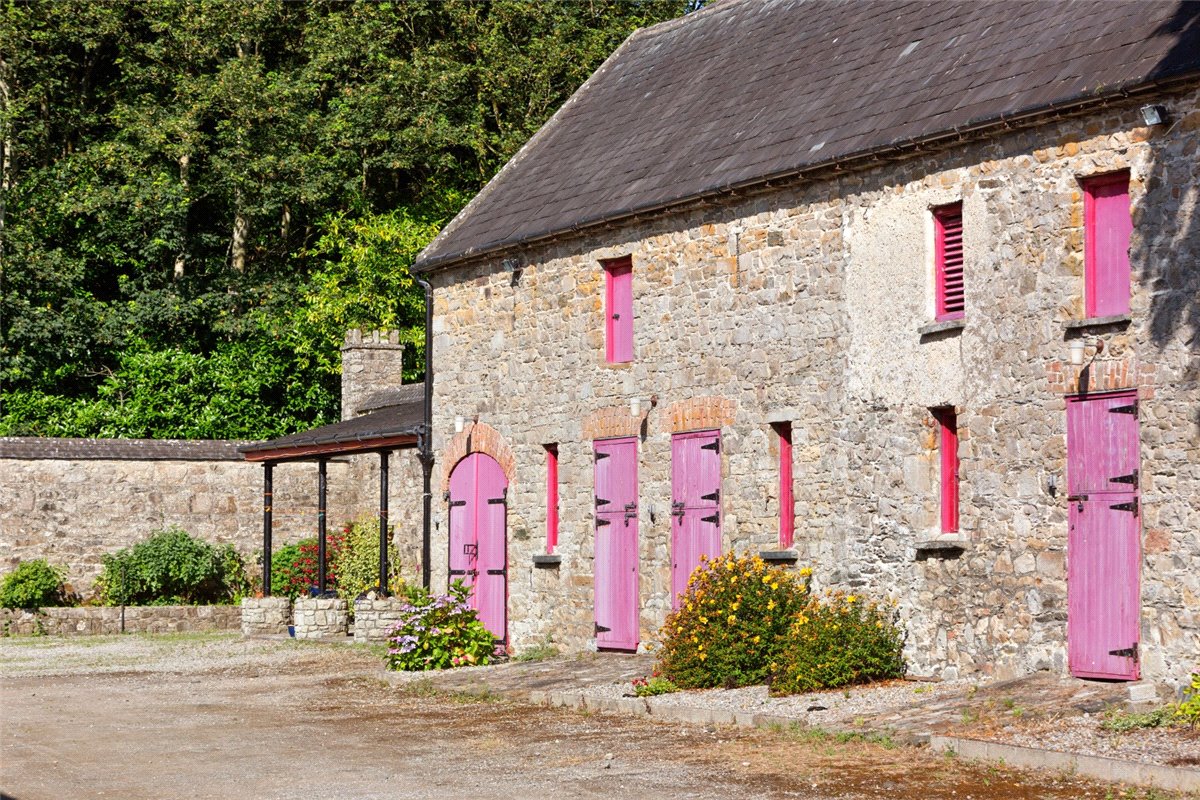 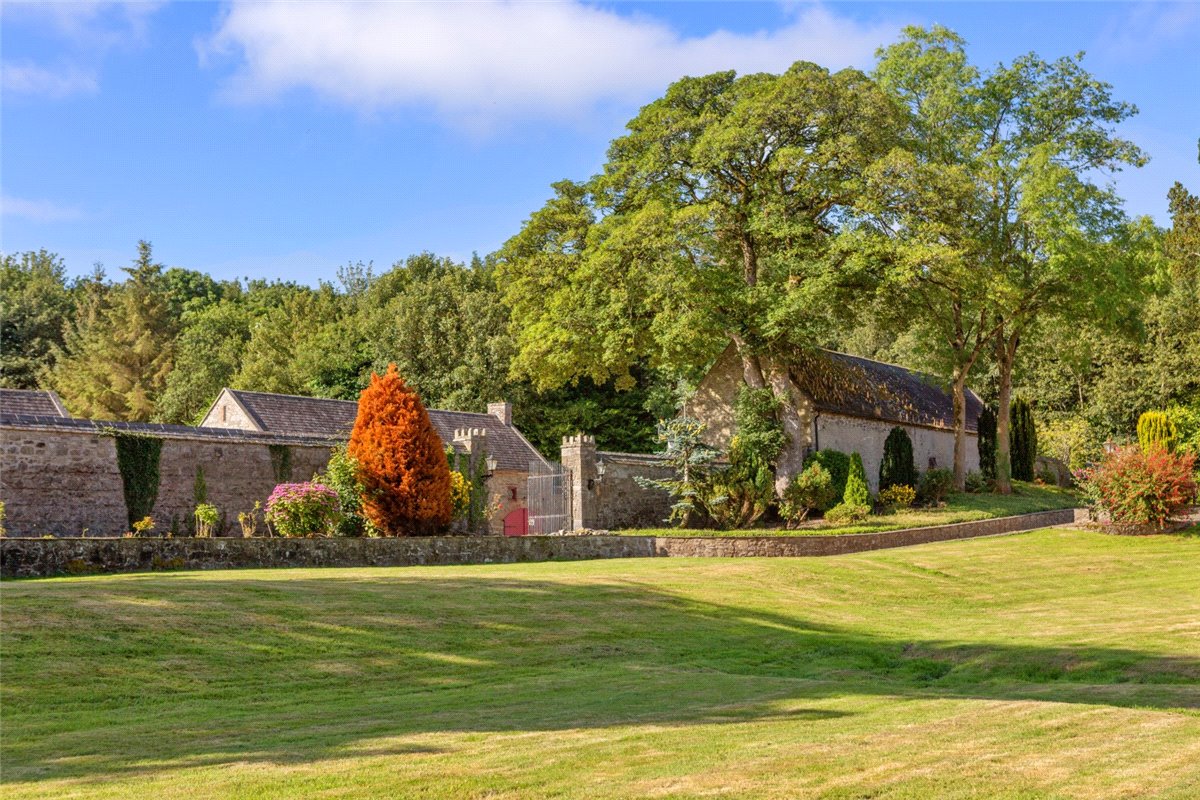 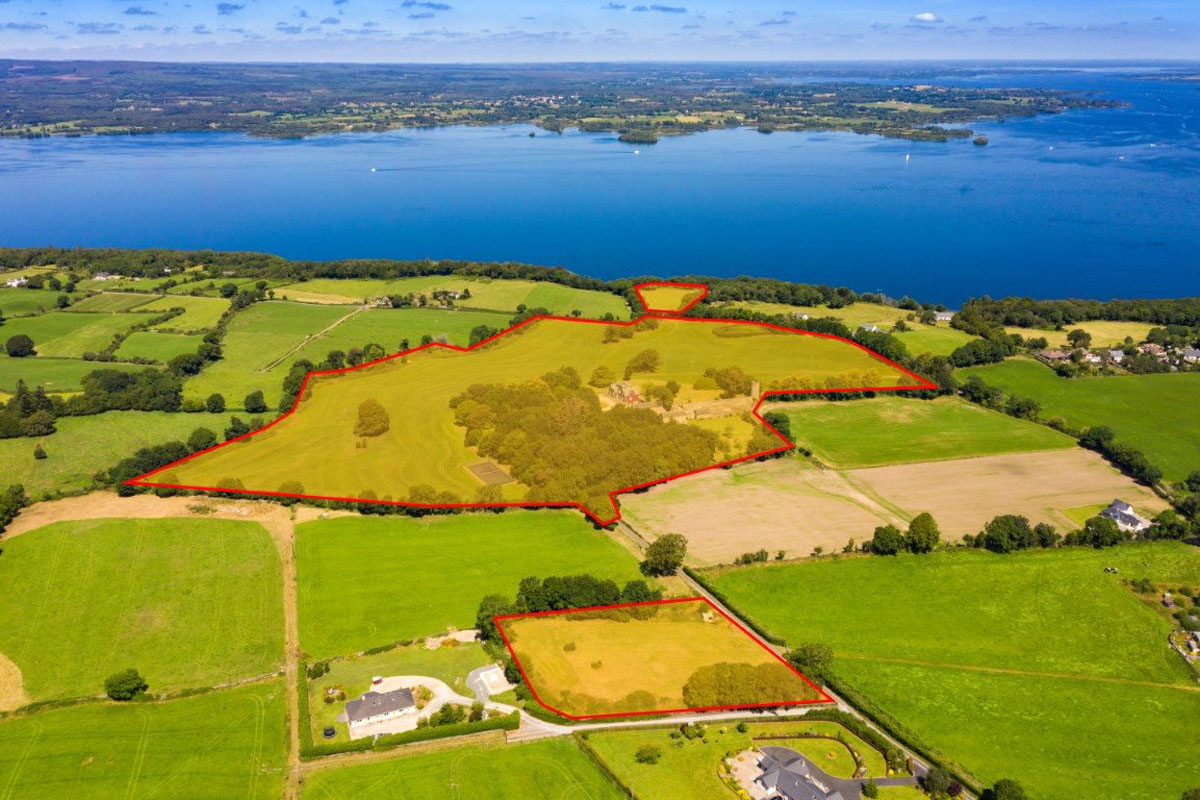 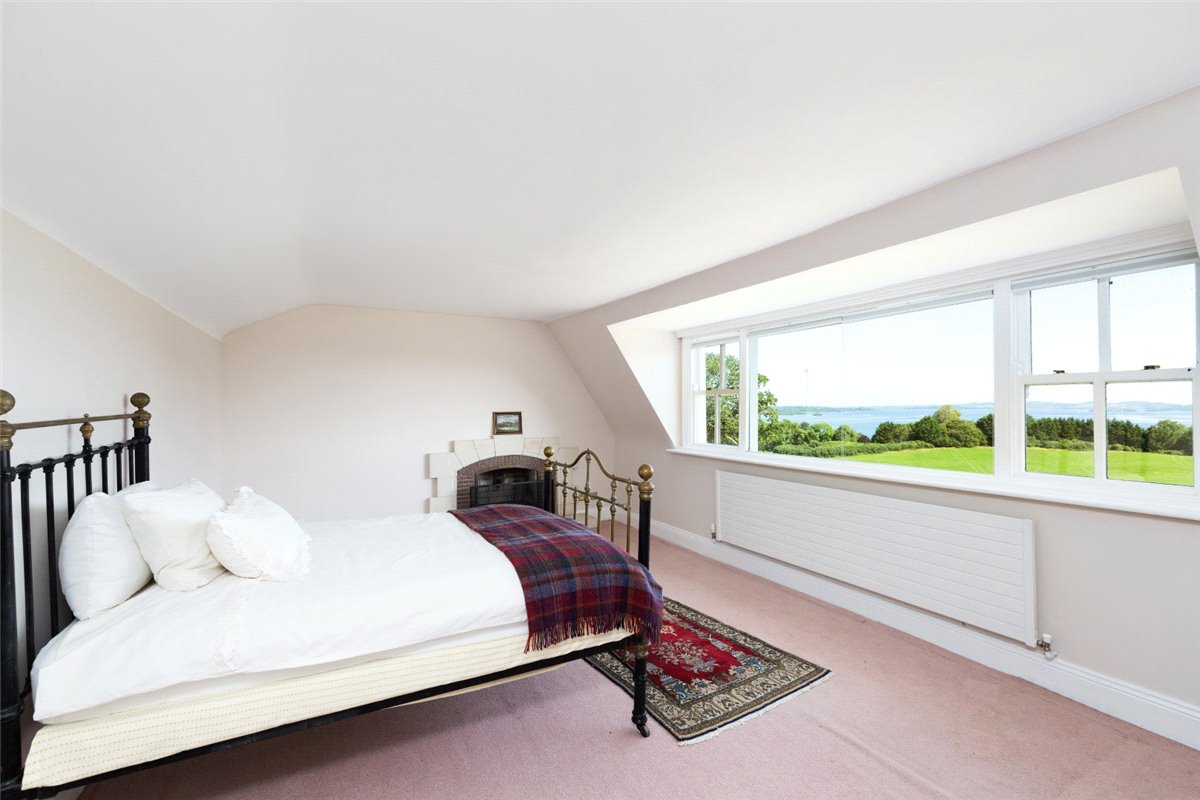 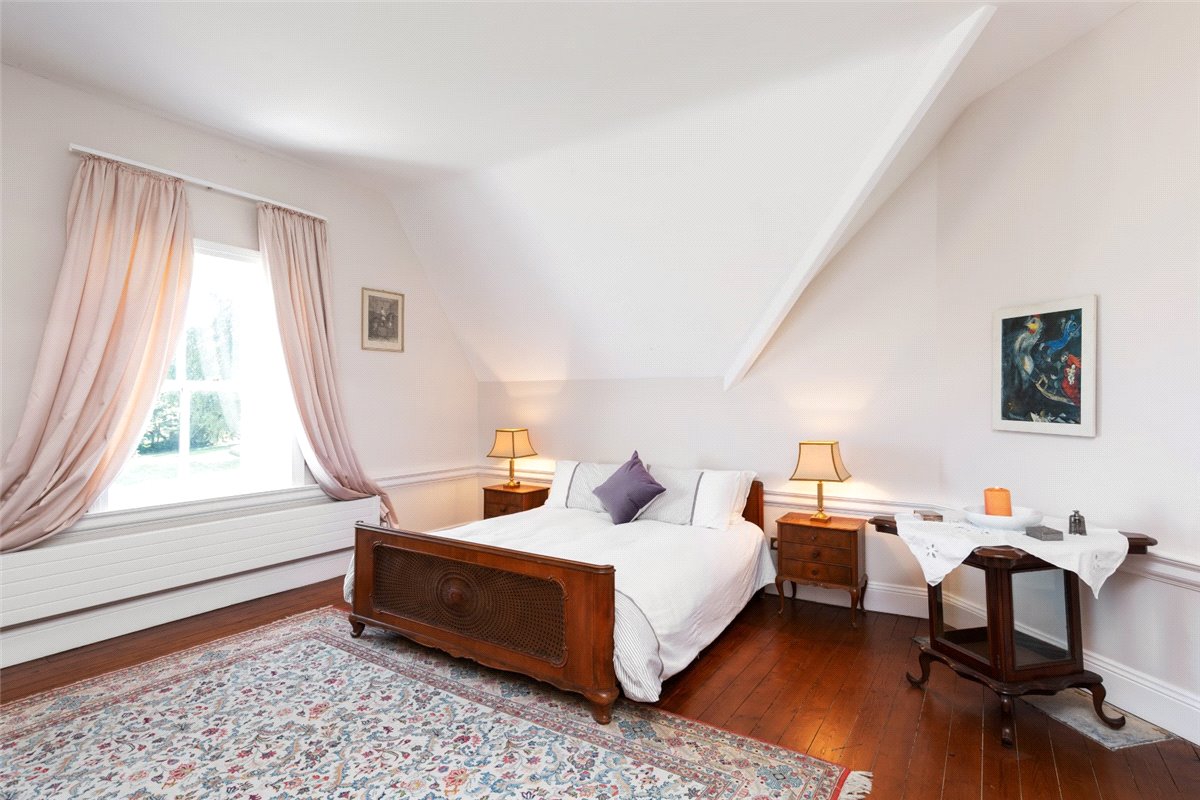 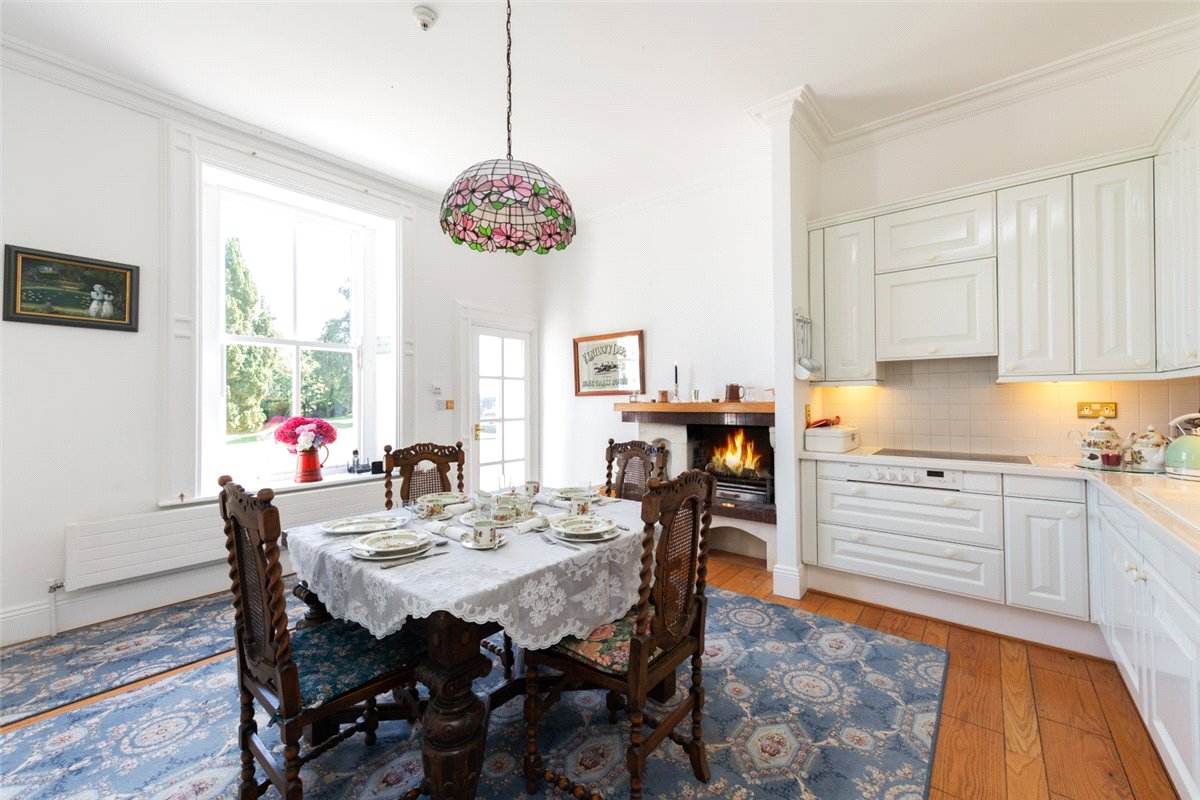 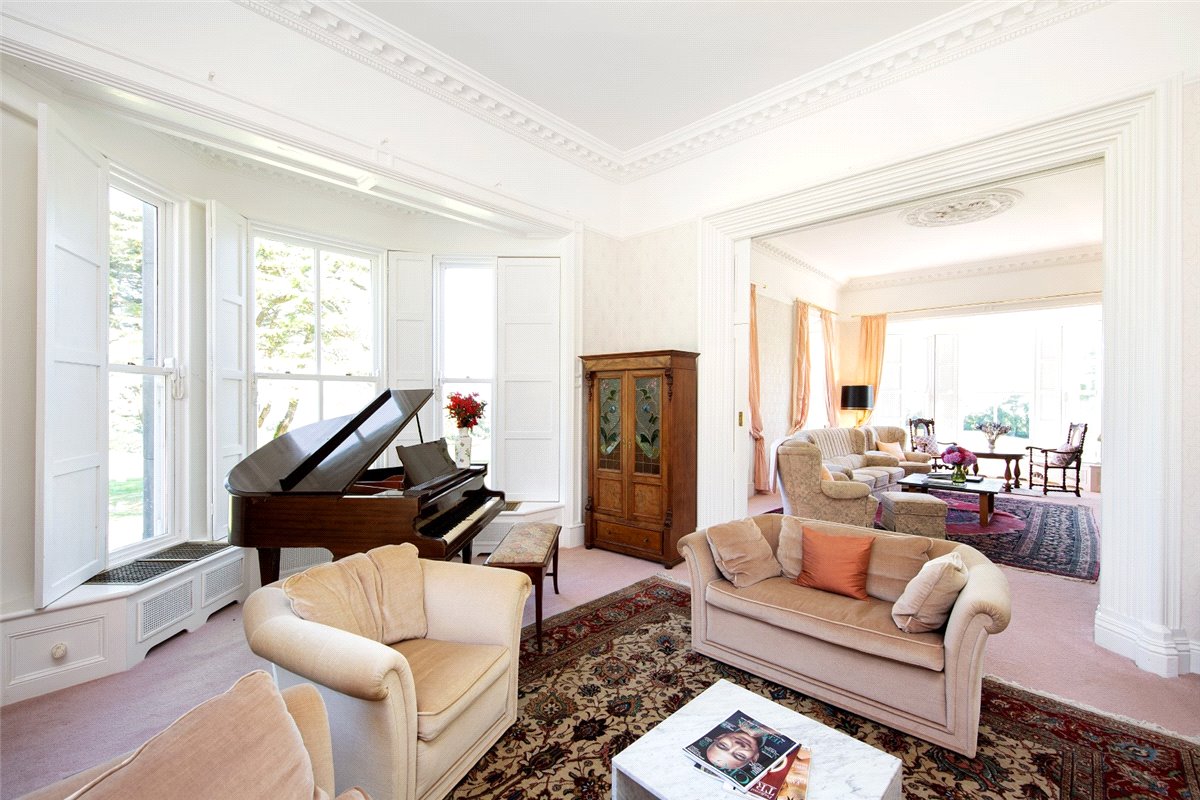 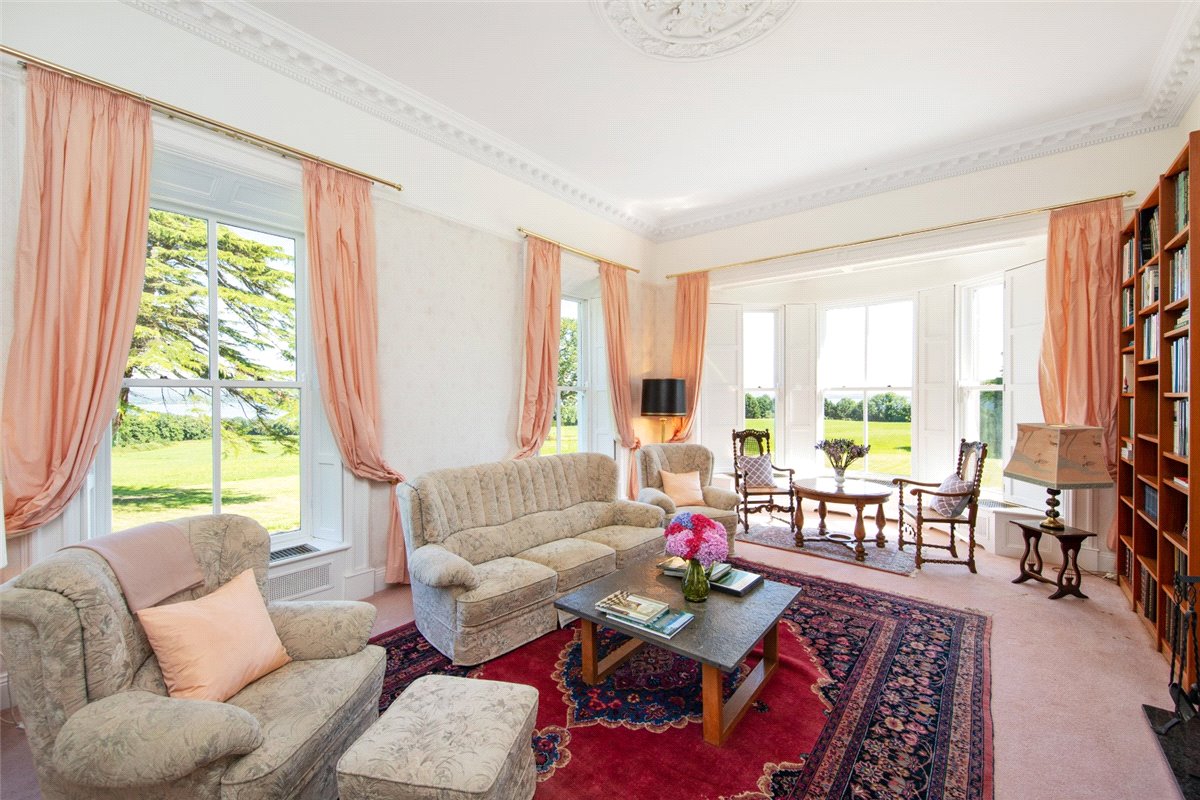 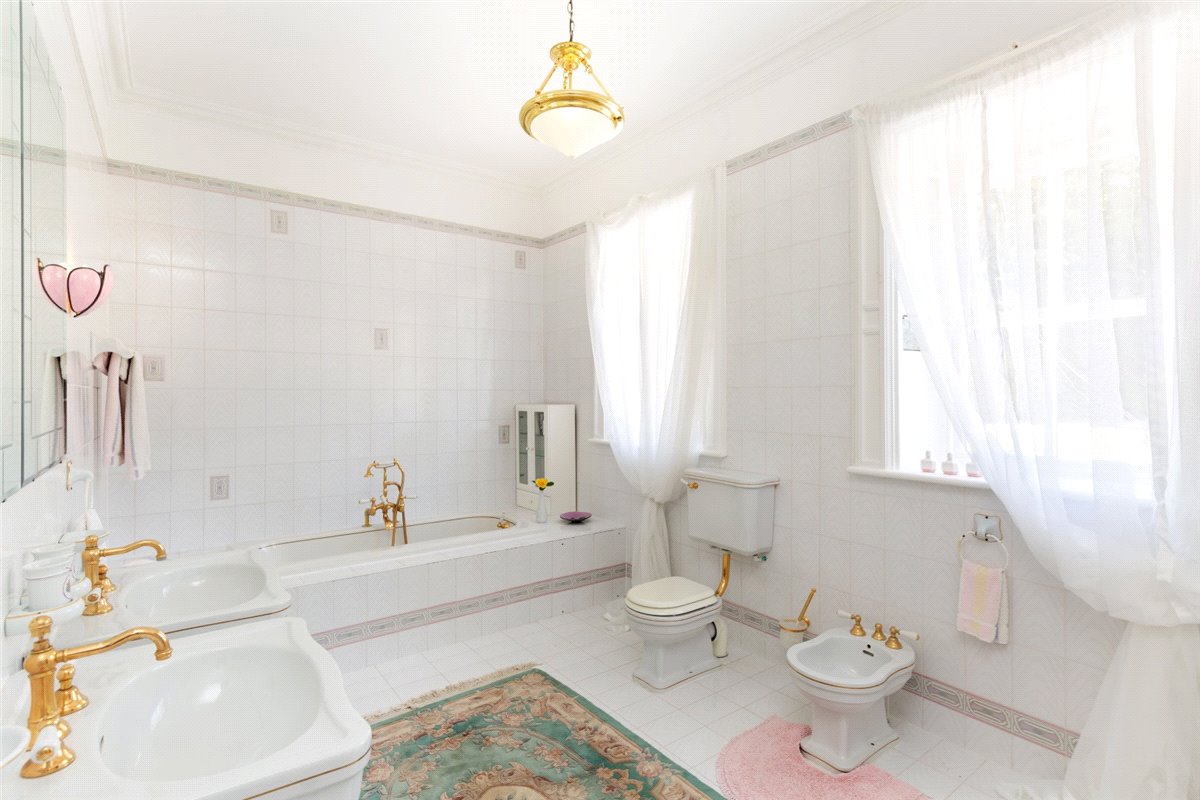 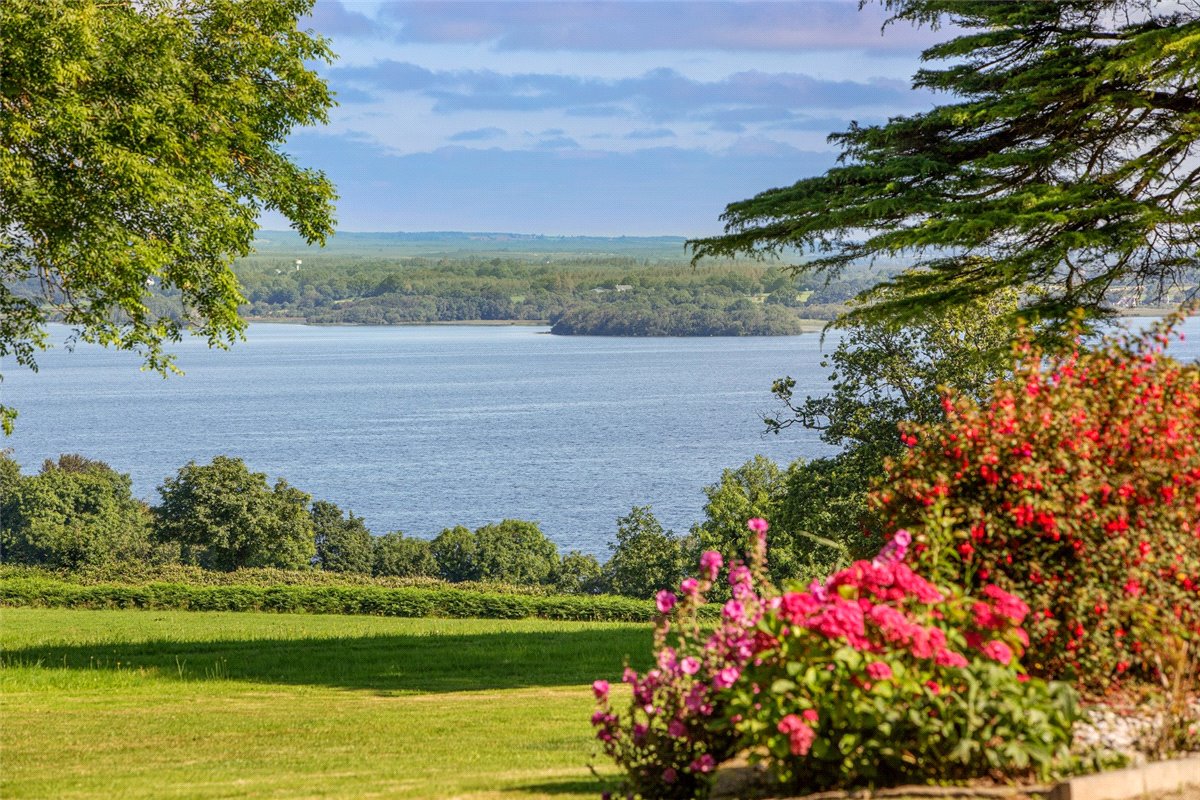 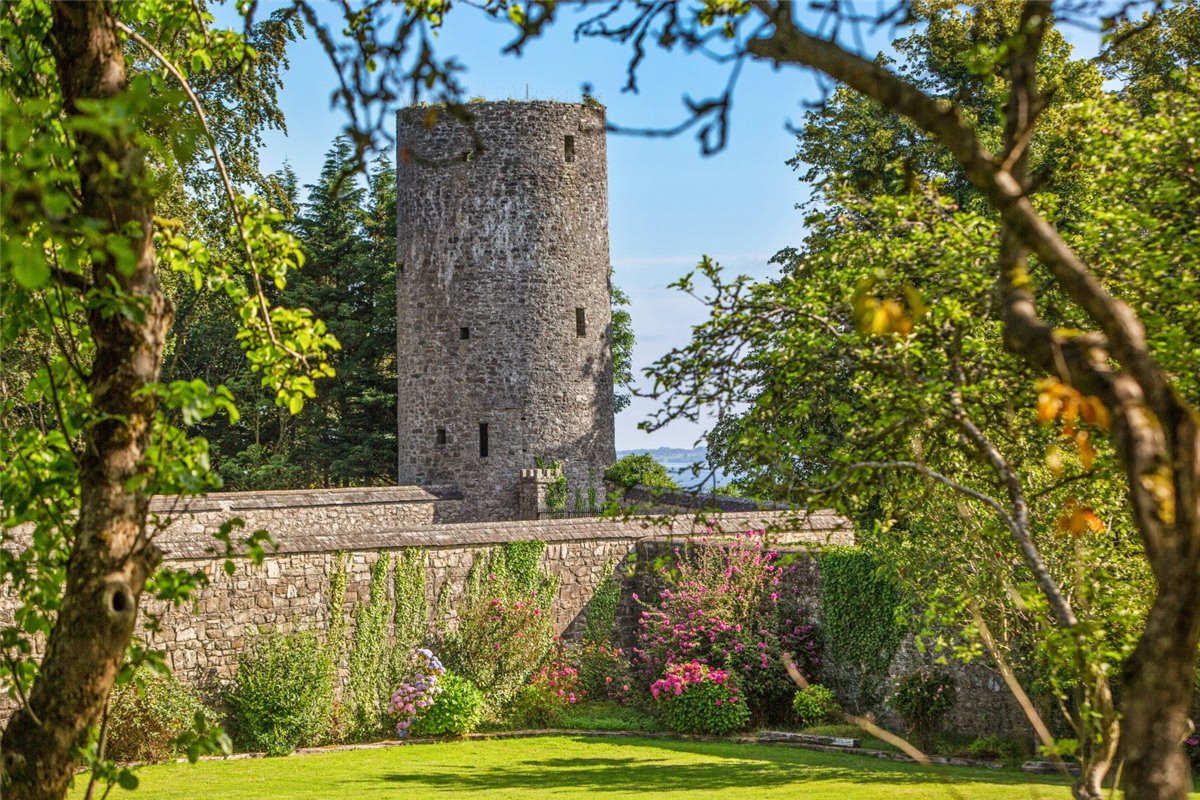 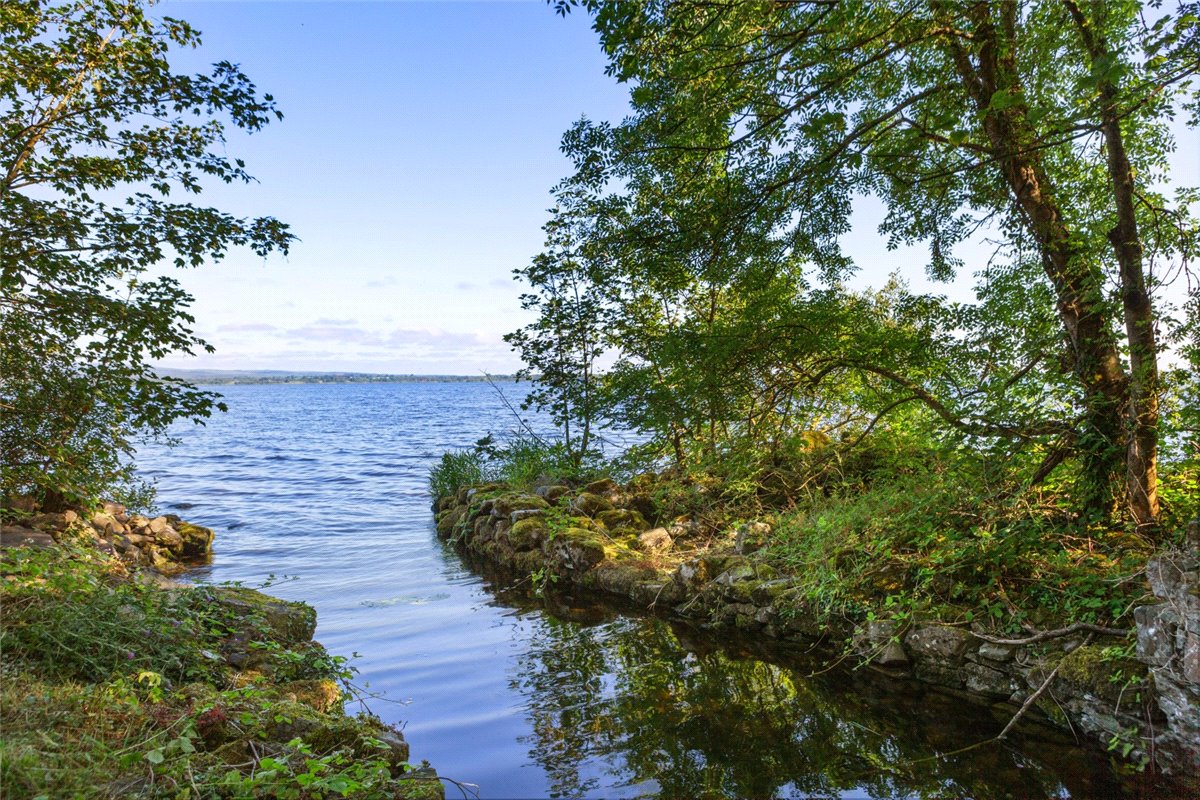 Built in the style of a Victorian hunting lodge, Garrykennedy House is set in approximately fifty acres of private parkland, and has commanding views across the unspoilt Irish countryside, and the magnificent Lough Derg. The house itself is situated among the legacies of previous eras, including old stone walls, a Georgian coach house, and a round tower, all of which are in excellent condition.

Situated on a rise in the land, the most immediate feature of the property is the incredible view, both from inside, and from the terrace. The land here is unspoiled, and there is a deep sense of timeless peace and tranquillity. Whether Garrykennedy House becomes your holiday home, retirement home, or permanent base, it will always be a tranquil retreat, yet one which is in easy reach of the world.

The main house (approximately 486sq.m or 5,234sq.ft) is of a two storey over basement design, with a games and fitness suite at the lower level. This includes a sauna and jacuzzi area. On the ground floor, the picturesque porch opens to a hallway that leads to an incredibly beautiful pair of interconnecting reception rooms. These have bay windows, high ceilings, perfect proportions, open fires and fabulous views. There is also a sunny kitchen, generous dining room, laundry room, larder, cloakroom and bathroom on this floor. Upstairs, the five bedrooms are set atmospherically in the eaves, and again have extravagant views of the landscape and lake. One of these rooms is currently in use as a study, lending a new level of meaning to gazing out of the window for inspiration.

A separate and beautifully restored coach house (approximately 130sq.m or 1,361sq.ft) in its own courtyard has three bedrooms over two floors and has been bringing in an income via Air BnB for the current owners. This has obvious additional potential as a guest suite, staff quarters, or location for a home business.

While Garrykennedy House itself dates to 1864, older buildings on the site go back to the Georgian era and beyond, in the form of the coach house, old stone walls and a round tower. A history of the house and lands traces the fortunes of owners through Ireland’s own history, beginning with a grant of lands in gratitude for support of Charles II at the time of the Restoration. The owners were good landlords, and careful managers of the lands. Later owners intriguingly include Prince Emich Fuerst zu Leimingen, said to be a descendant of the mother of Queen Victoria.

Some 20.23ha (50 acres) of private parklands wrap around Garrykennedy House. These include private lakeshore access, with its own harbour, which is reached across a quiet rural roadway. The lands are laid out in fields, paddocks and woodlands with mature and historic trees. Closer to the house, gardens, terraces and patios are met by old stone walls, sheltering an orchard, as well as a fully private walled garden that includes a sheltered outdoor heated swimming pool, this has a roof, and so is ideal for year-round enjoyment. There is a stable yard with three stables, as well as outbuildings, a round tower and coach house. There is also a tennis court, and many walking and riding routes on the property, making it an ideal and tranquil retreat in one of Ireland’s most famously picturesque spots.

With its ancient castle and harbour, Garrykennedy Village, a short stroll from Garrykennedy House, is a renowned holiday and recreational destination on Ireland’s famous Lough Derg. There is a modern marina, and the idyllic village is home to Larkin’s bar, known around the world as a destination for its excellent food, atmosphere and music. The twin towns of Ballina/Killaloe which are 15km from Garrykennedy House, are amongst Ireland’s most picturesque attractions and are linked by a 13-arch bridge. A wide range of shops and restaurants are found within this beautiful spot.

You’ll find local shops at Portroe, just three km away, while Nenagh is nearby, with a wide range of artisan stores, supermarkets, bars, cafés, restaurants and schools. Access to the M7 is at Nenagh, and brings you to Shannon Airport in an hour, and Dublin in just two hours. Limerick City with its University and International Business Centre is also close at hand.