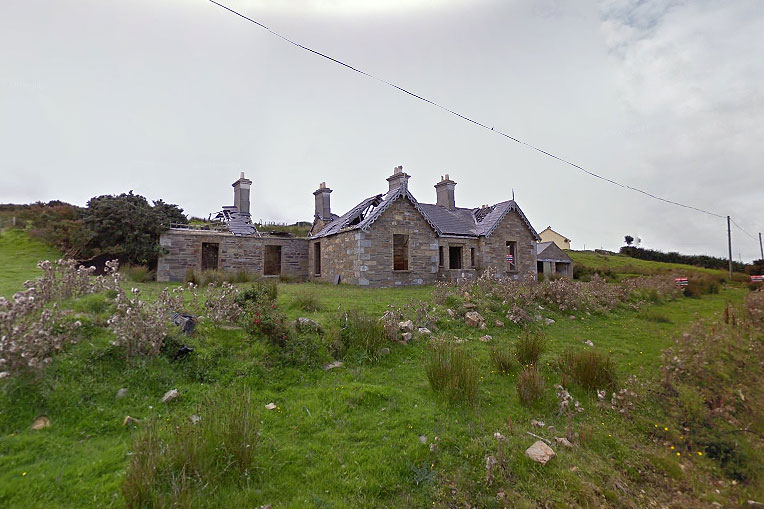 A unique property with a most unusual layout combining an exceptional location by the Atlantic with a period property full of history and style on 7 acres. 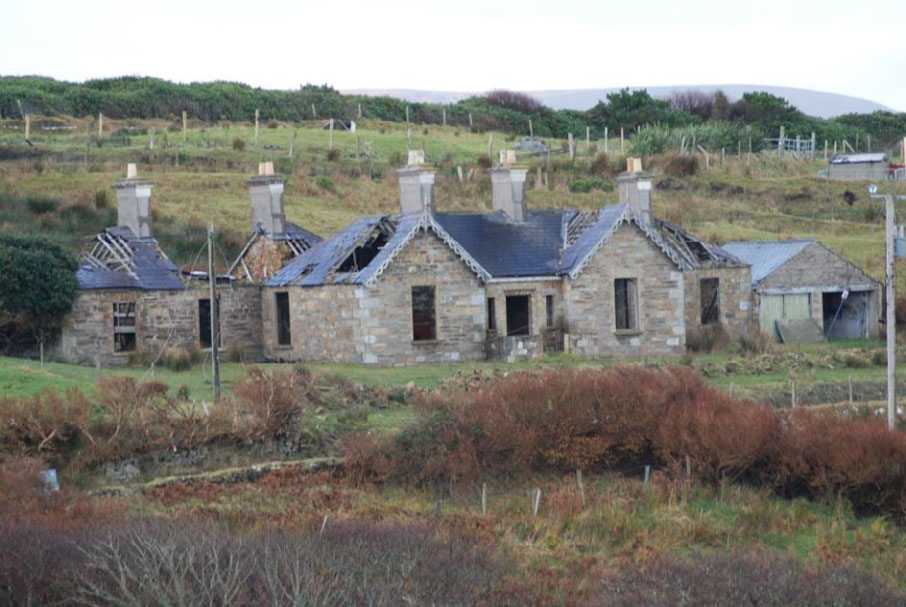 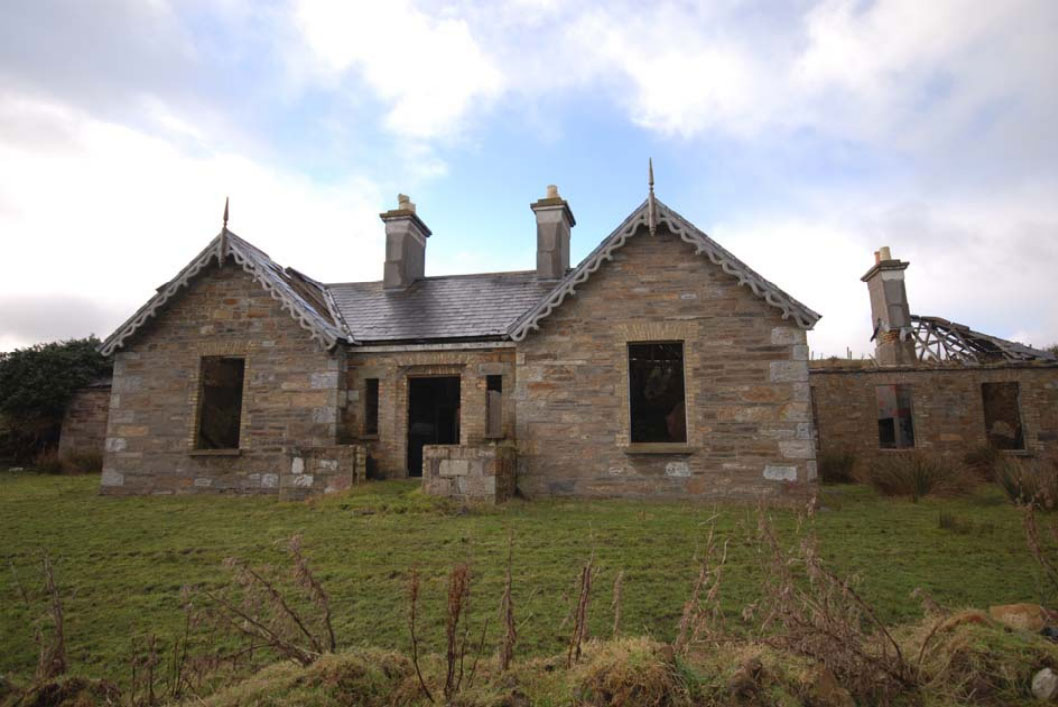 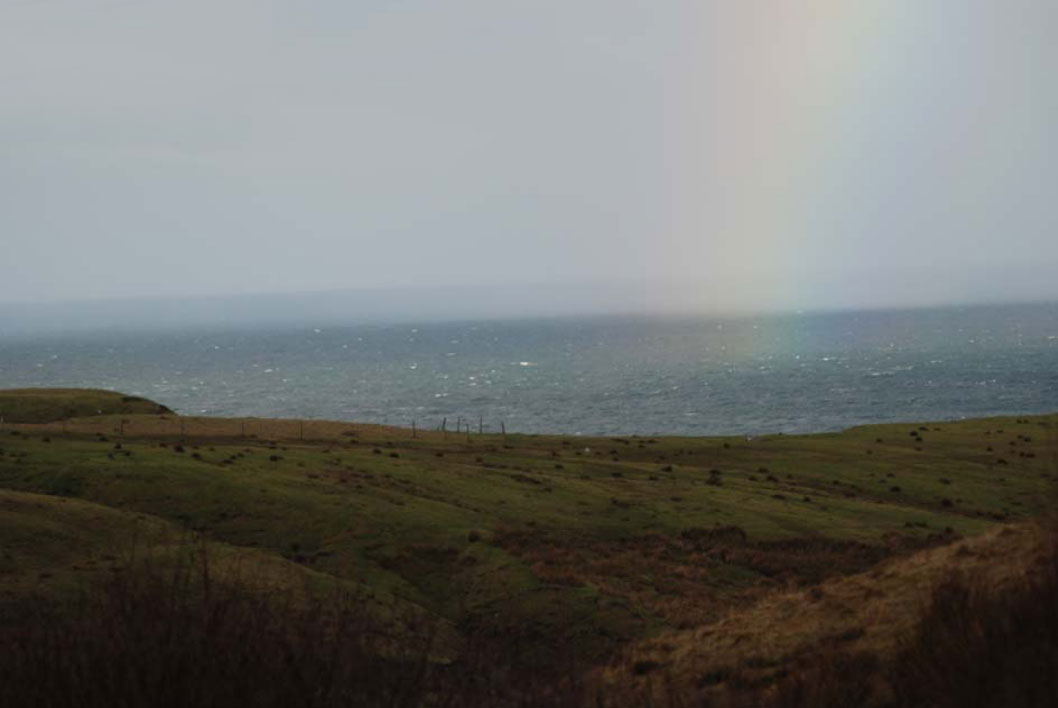 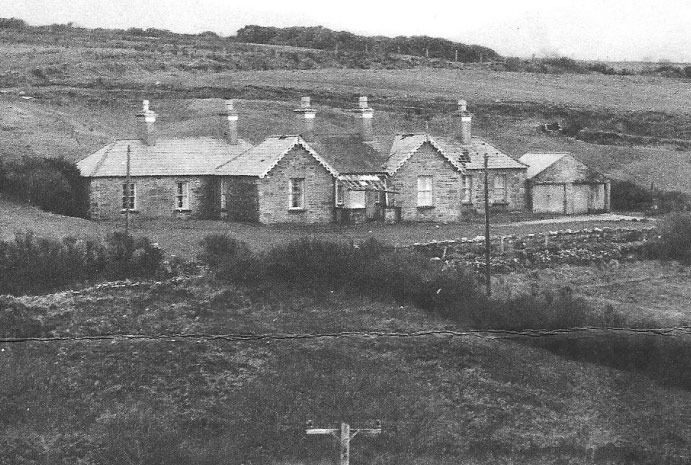 Built with locally sourced pale yellow sandstone, the building features a most unusual layout consisting of three blocks with a central symmetrical block 14m wide by 7m deep featuring elaborately decorated flat gables with a receded central door flanked by two narrow slit windows that once featuring cast iron diamond pattern window frames. Behind the main block there are two almost symmetrical flanking elements. The southern block is 15m long by 6m wide and contains bedrooms, while the northern block is 12 m long and 6m wide and contains the kitchen and other ancillary staff accommodation.

Glenlossera Lodge is a most unusual building being designed in a style atypical of other conventional and traditional Mayo building typologies and is therefore architecturally stylistically and socially significant. The property commands circa 7 acres including sporting rights thereon and is offered with the benefit of full planning permission for restoration. It could be transformed once again into one of Co. Mayo’s finest and most unique properties.

The lodge was built in the mid 1850s as a principal residence of an estate comprising 3635 acres acquired by Zachary Mudge (1814-1867) from the Encumbered Estates Commission in January 1854. The Mudge family originated from Devonshire and has links to the renowned 18th century portrait painter Sir Joshua Reynolds (1723 –1792) who also hailed from Devonshire. The Mudge ownership gradually reduced in Mayo over the next seventy years with the sale of the remaining 2731 acres taking place in 1927 to the Irish Land Commission. Thereafter the Lodge was next owned by the Moran family and was sold again in the 1950s to the present owners. It has become derelict over the years but full planning permission for full restoration was granted in 2008.