Ten-bedroomed protected and historic riverside property comprising over 20,000 square feet and set on circa 14 acres of land with extensive road frontage and a large private church. 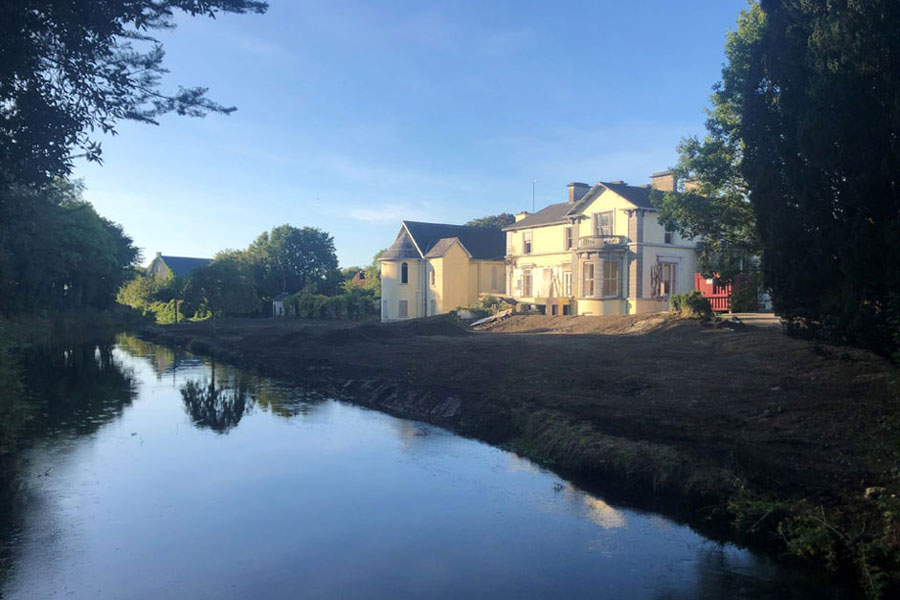 Located just minutes’ walk from the centre of Clara, County Offaly, Inchmore House is a ten-bedroomed protected property comprising over 20,000 square feet. It is set on circa 14 acres of land with extensive road frontage included in the sale. The River Brosna runs for half a mile through the grounds of the property and features its own private water course at the rear of the house.

The house was constructed in 1846 and was the main home of the Goodbody family who were renowned merchants of the day. Family member Robert Goodbody who resided at the house went on to found Goodbody’s Stockbrokers in Dublin and New York. Dormitories were added to the property following its acquistion by the Franciscan Brothers in 1934. It also features a large private church.

The property is steeped in history and once played host to Robert Goodbody’s friend and business partner Marconi for 12 months while he was perfecting the Telegram and it is believed the Marconi Wireless Telecom Company was formed in the front room of Inchmore House after Marconi’s first successful product testing.

Inchmore House comes with mixed zoning including residential, commercial, mixed use/town centre and agricultural and it lends itself to a number of potential uses give its village centre location and extensive road frontage. It could be used as a boutique hotel and with a large, private church in the grounds, would be a perfect wedding venue. There’s also scope to tap into the microbrewery market as tax reliefs have boosted the craft distillersy and microbrewery industry in Ireland in recent years. Considering the original owners, Goodbodys, were also whiskey and tobacco merchants, there is a sense of coming full circle through such an enterprise.

The entrance bridge accessing Inchmore House over the River Brosna is one of only a rare few musical bridges in Ireland. Run a piece of metal or stone along the key stones on top to produce a rare kind of music.