Castle For Sale in Co. Tipperary 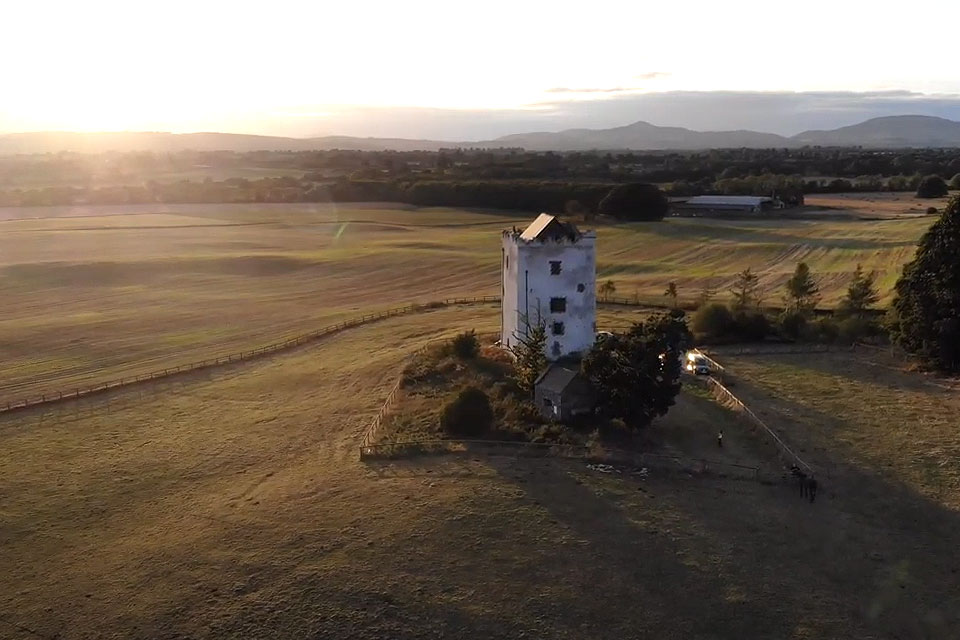 Superbly renovated Historic Irish Castle for sale, dating from the 1570s, and presented on circa 7 acres of land with Elizabethan gardens and fenced paddocks. 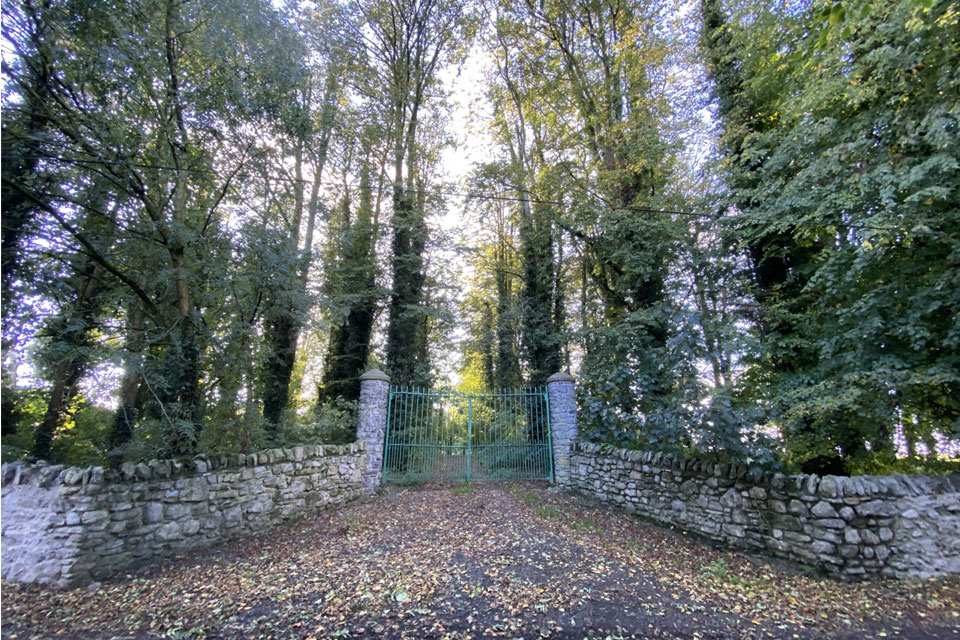 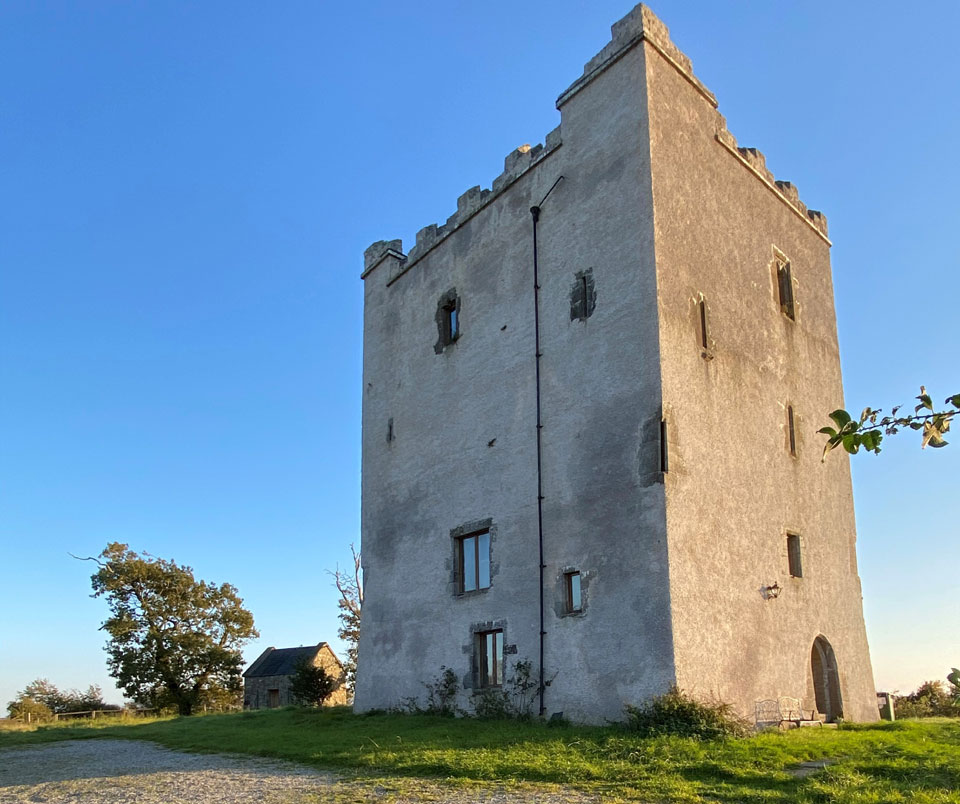 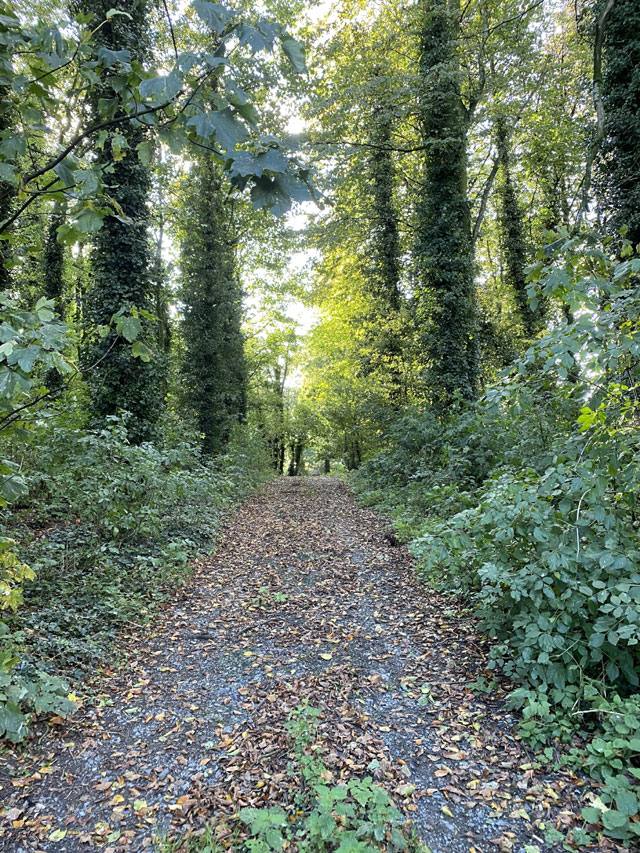 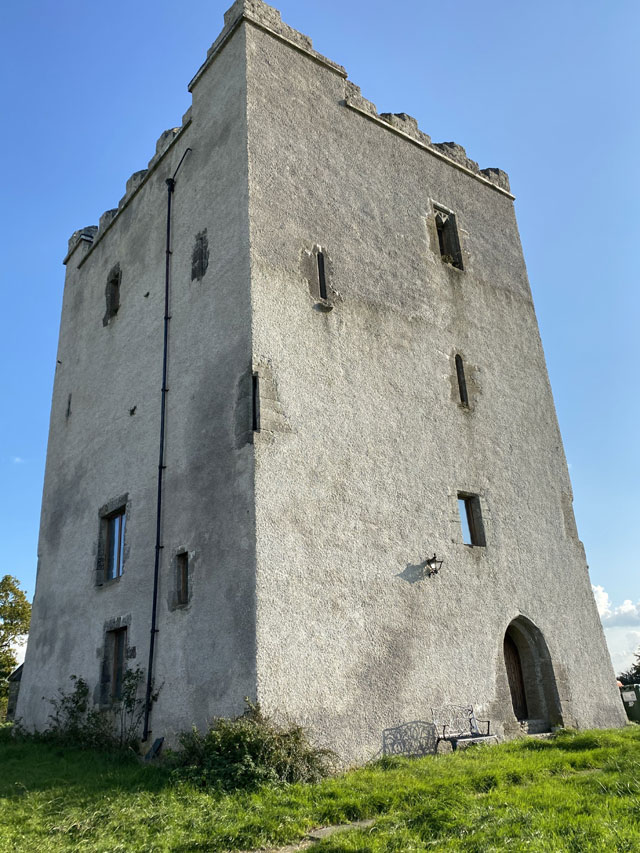 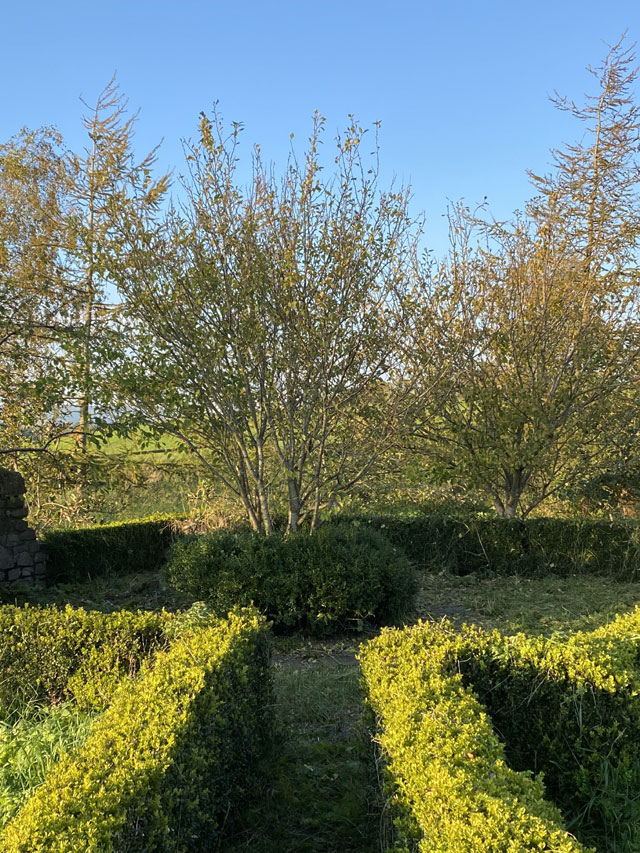 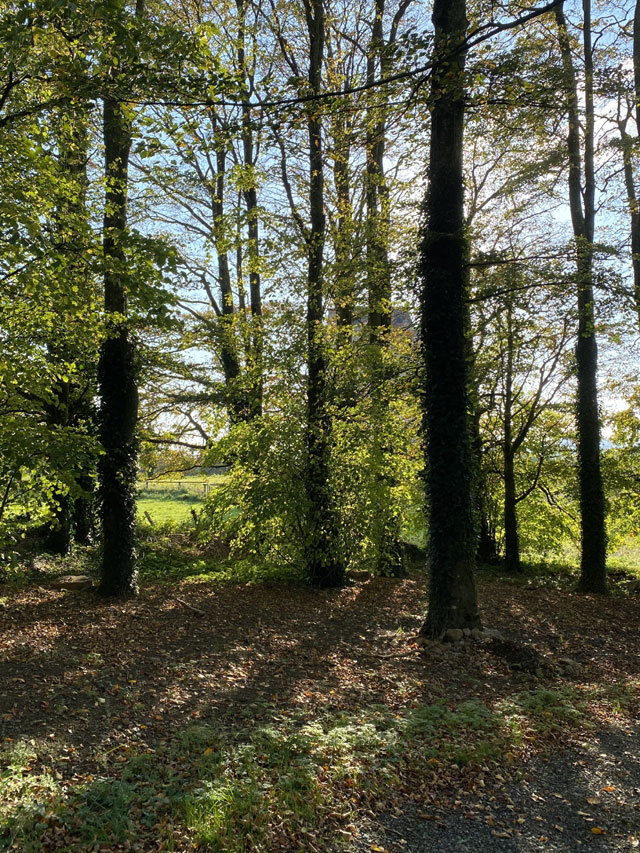 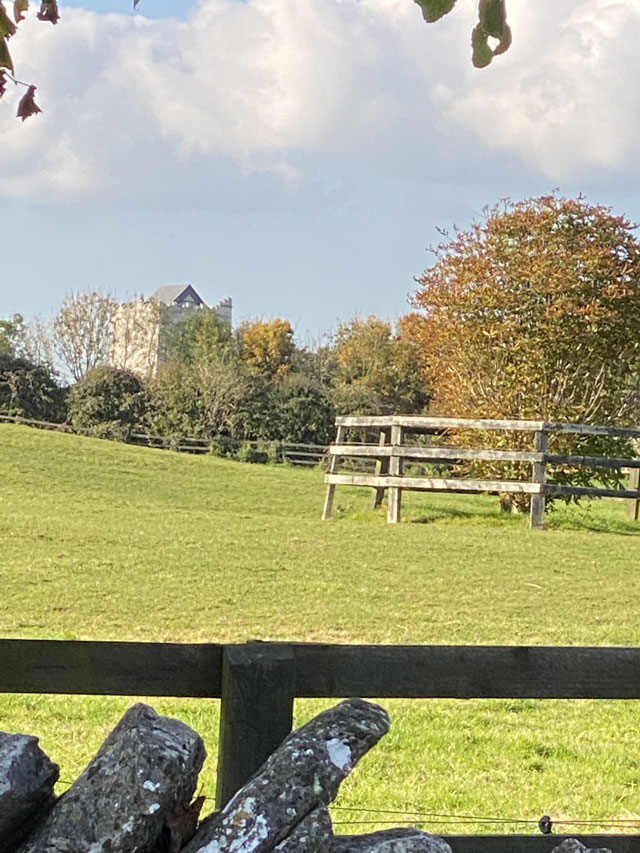 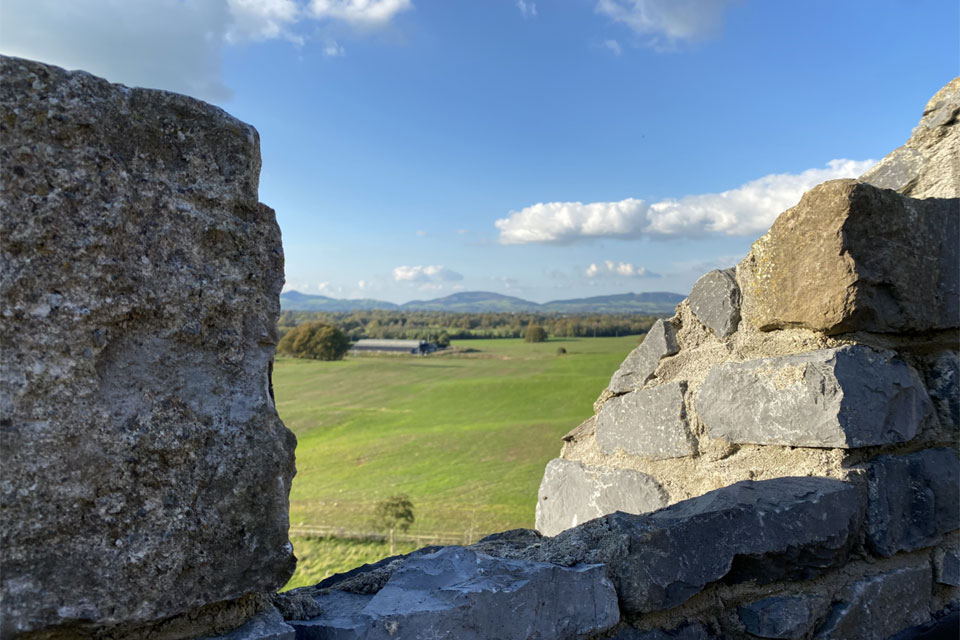 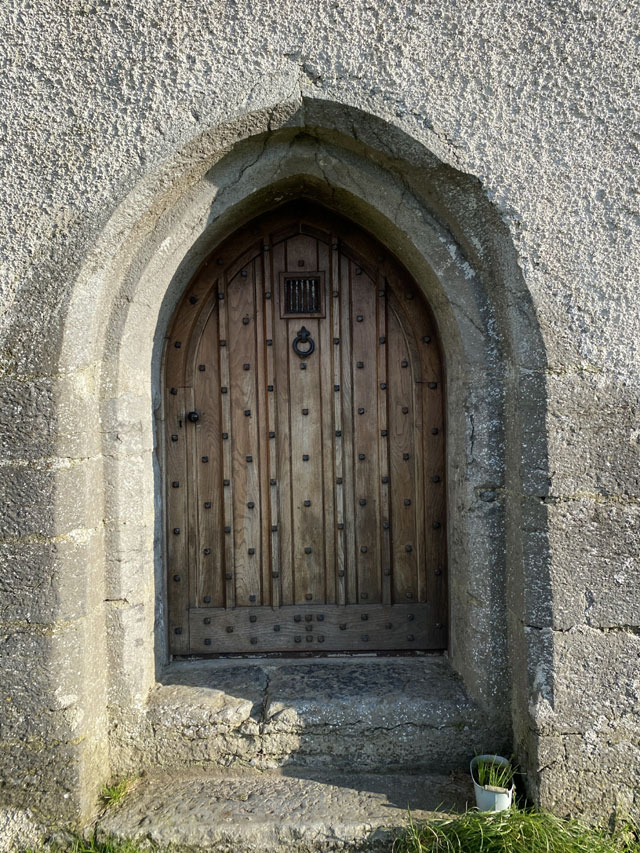 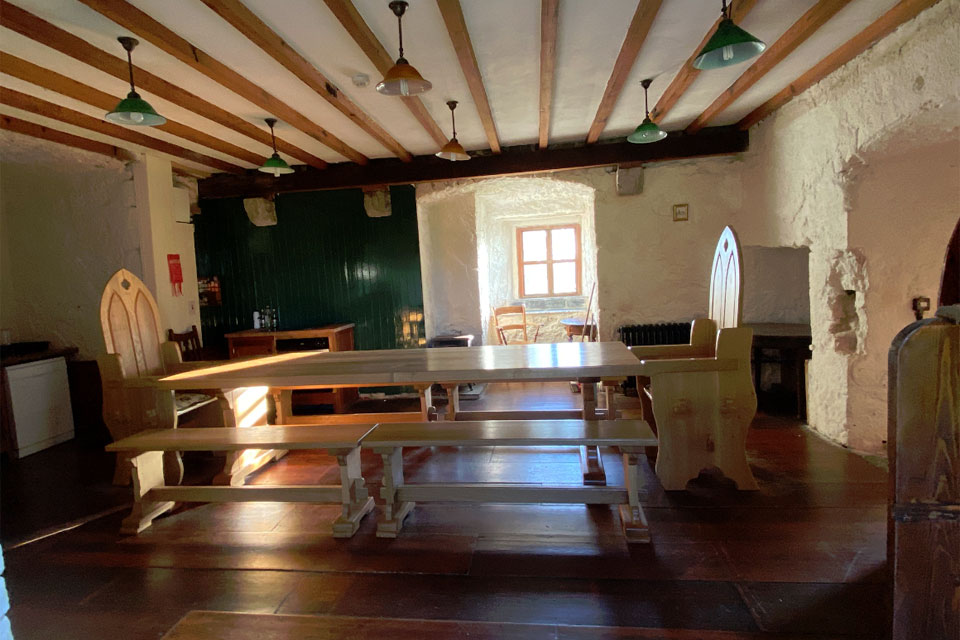 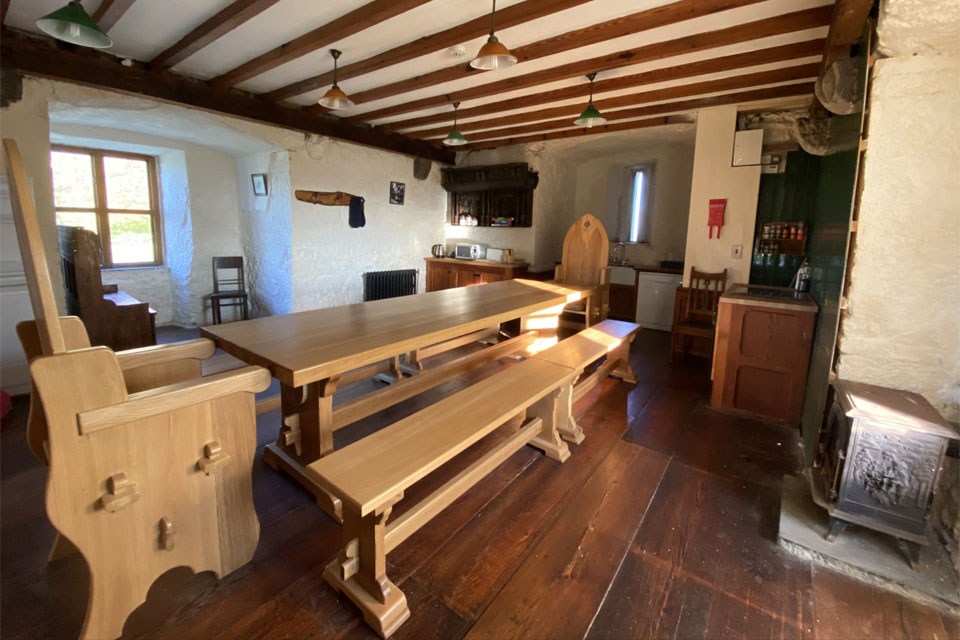 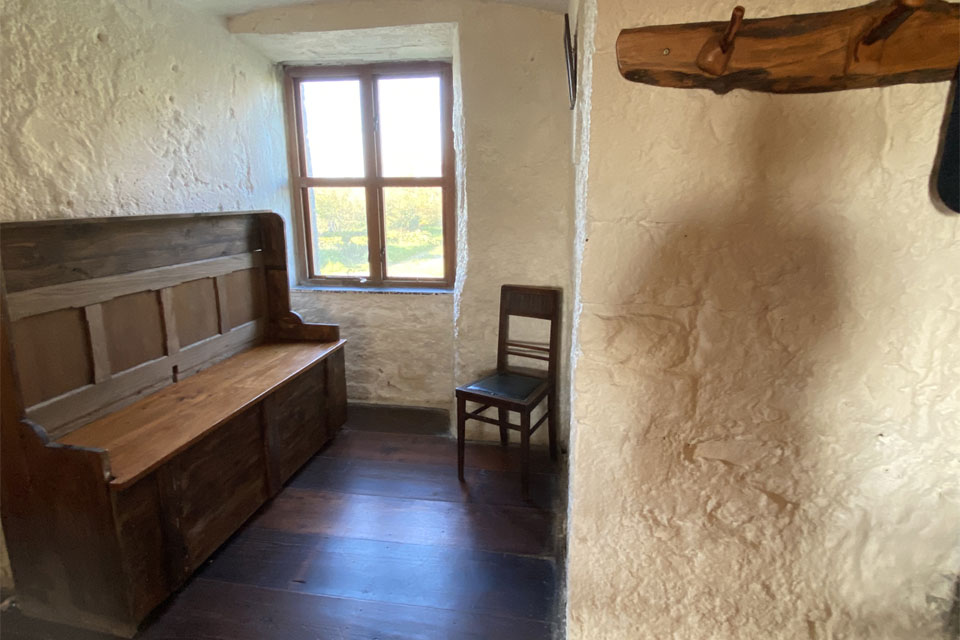 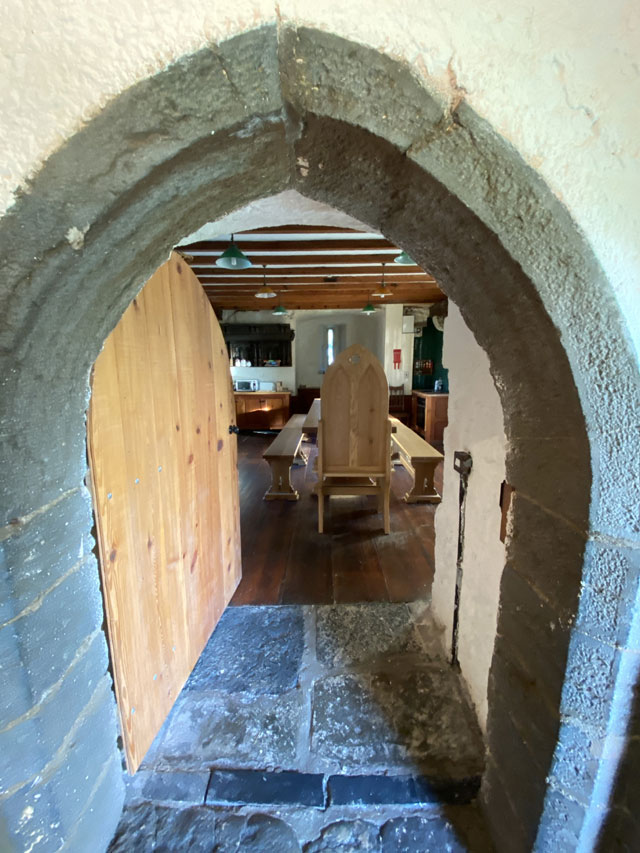 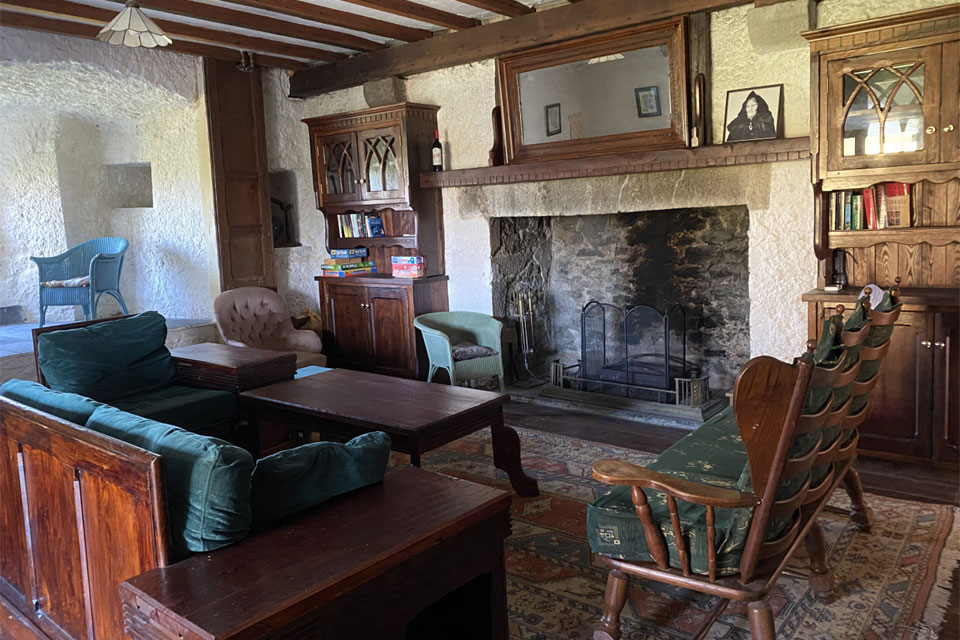 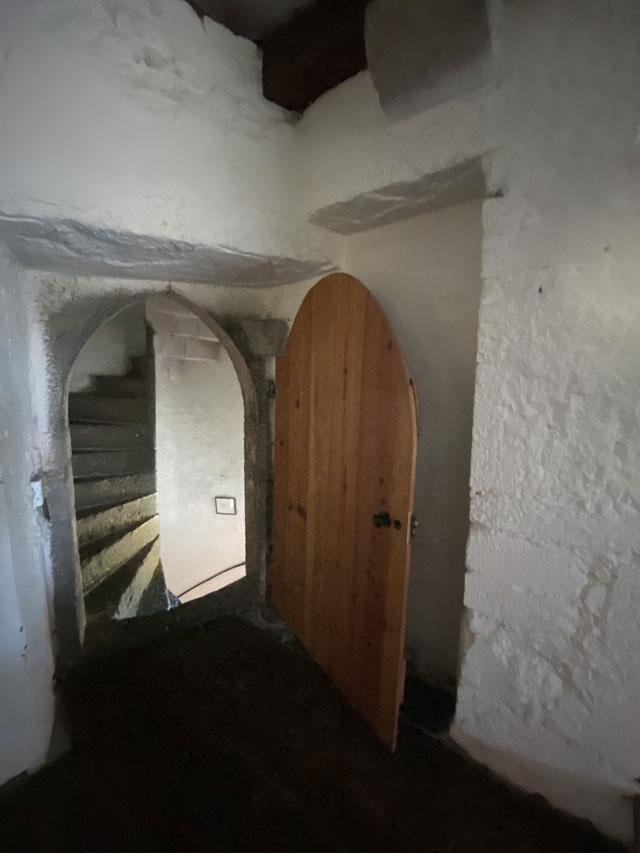 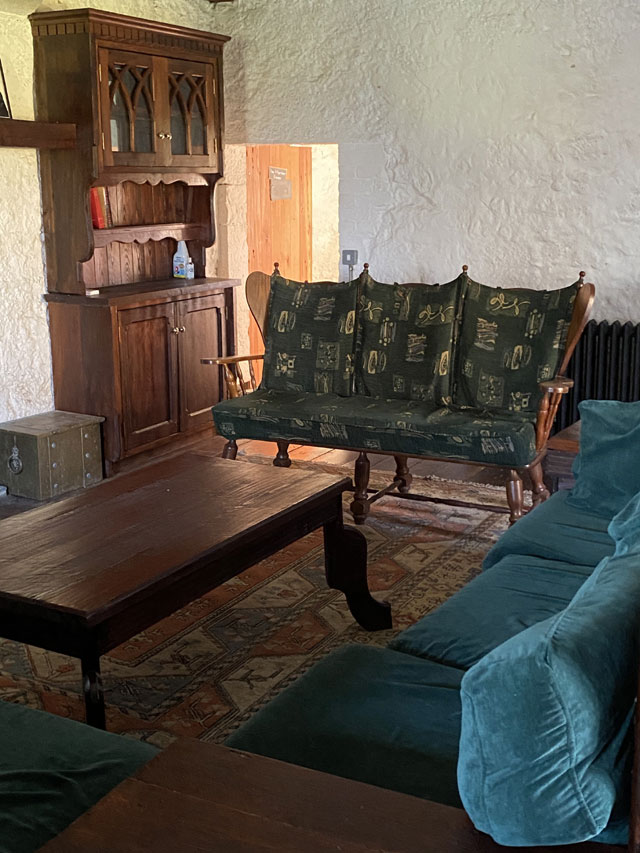 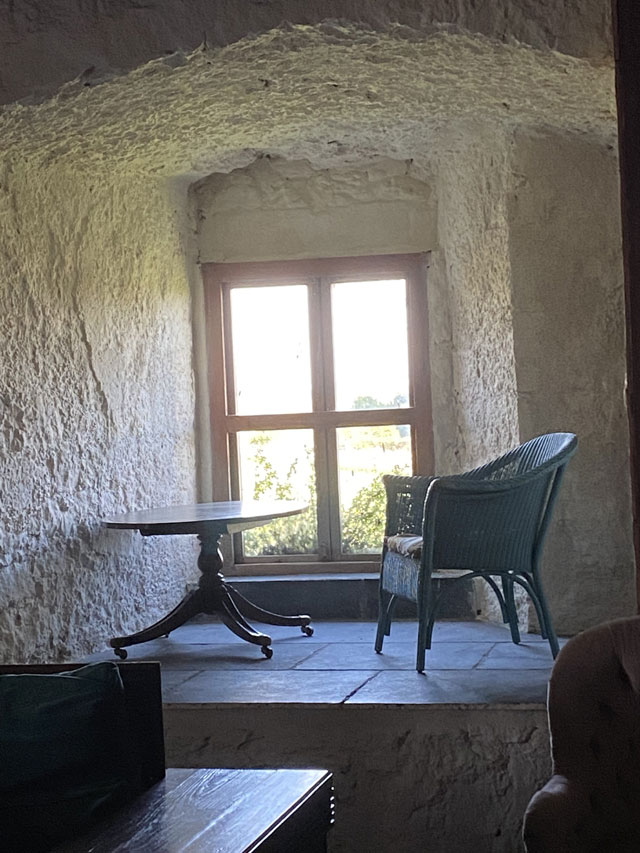 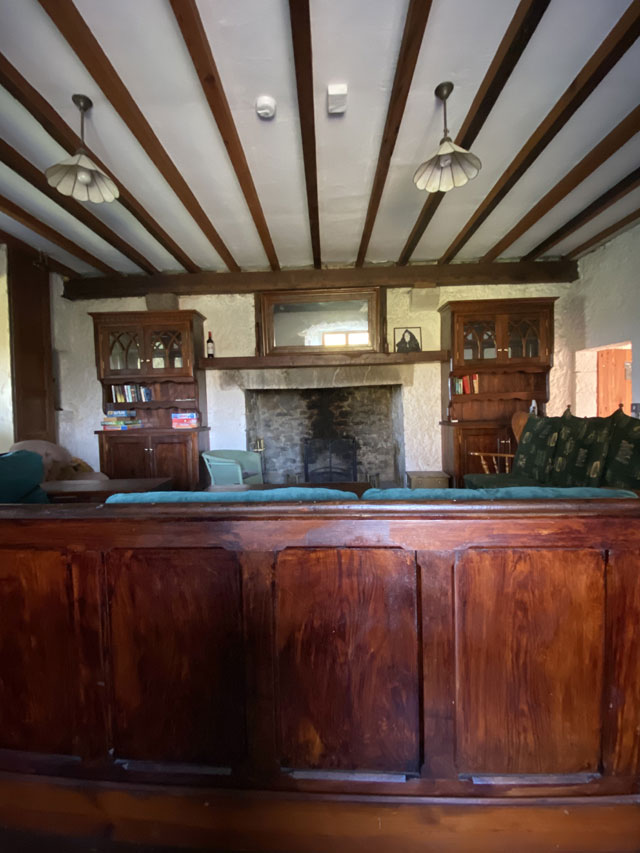 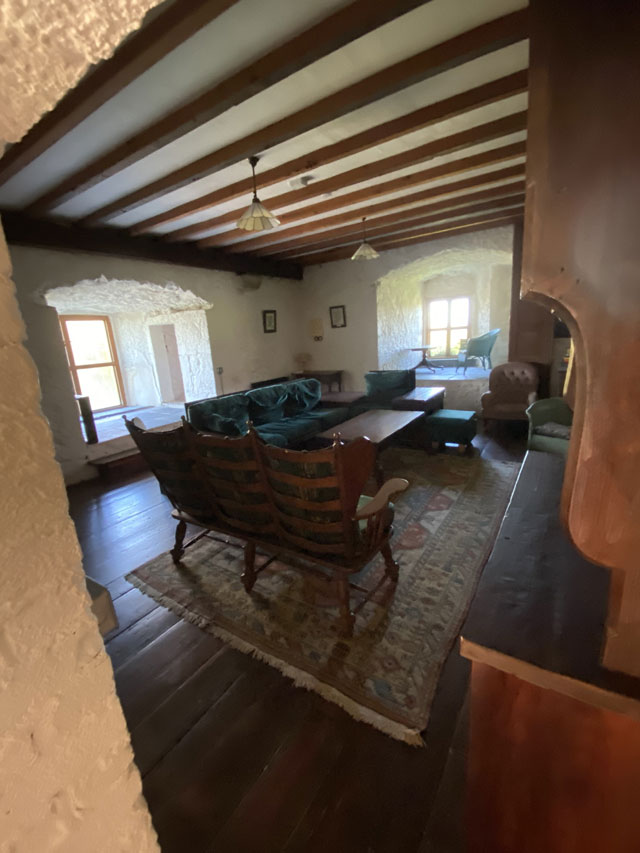 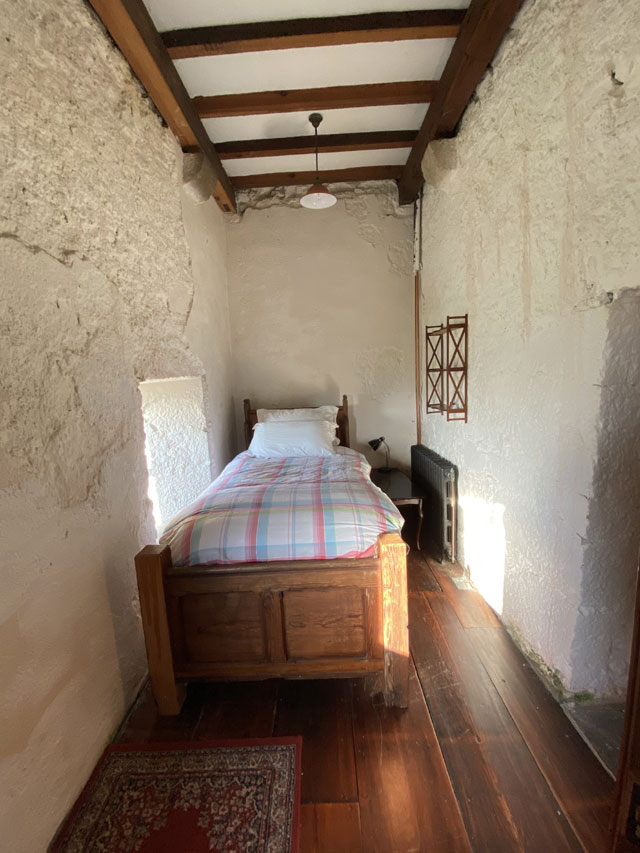 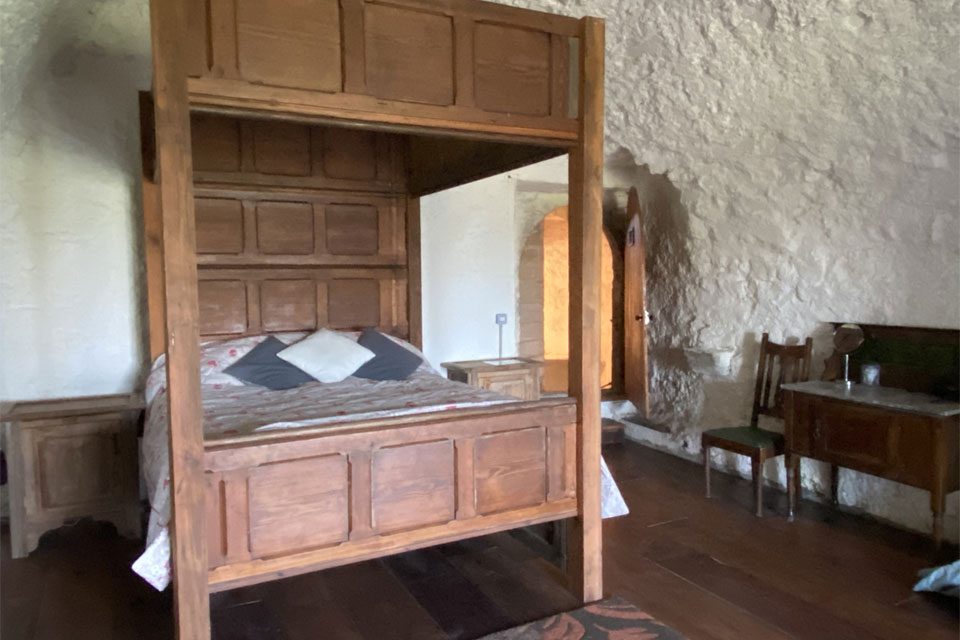 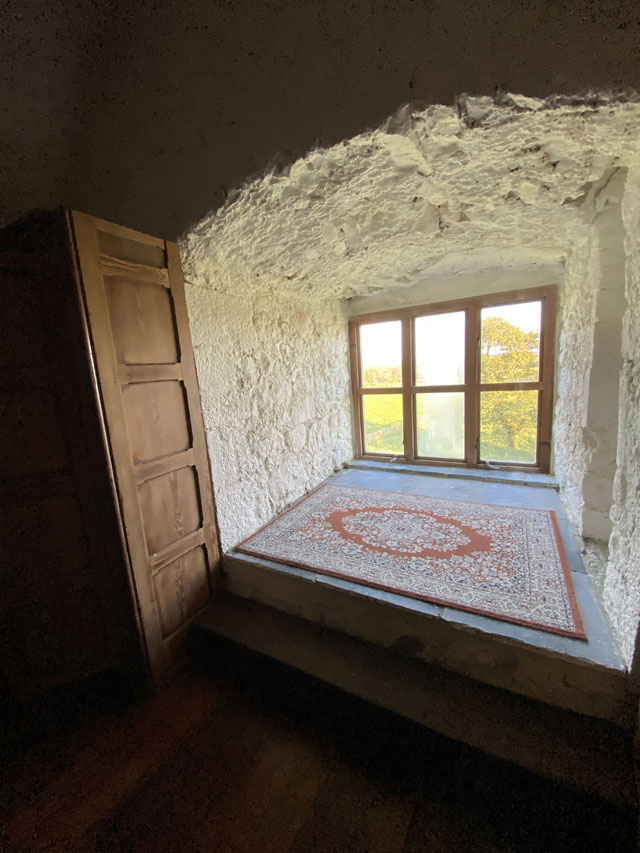 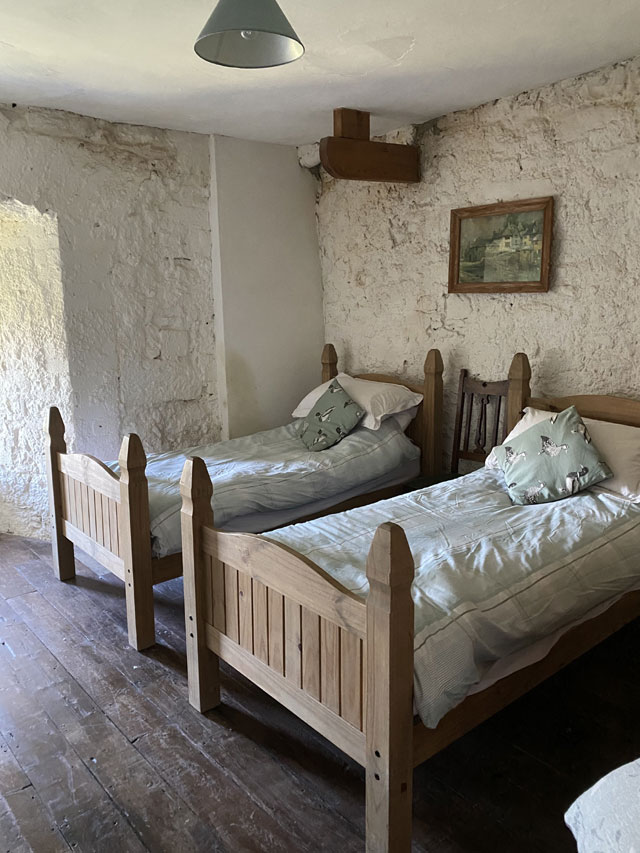 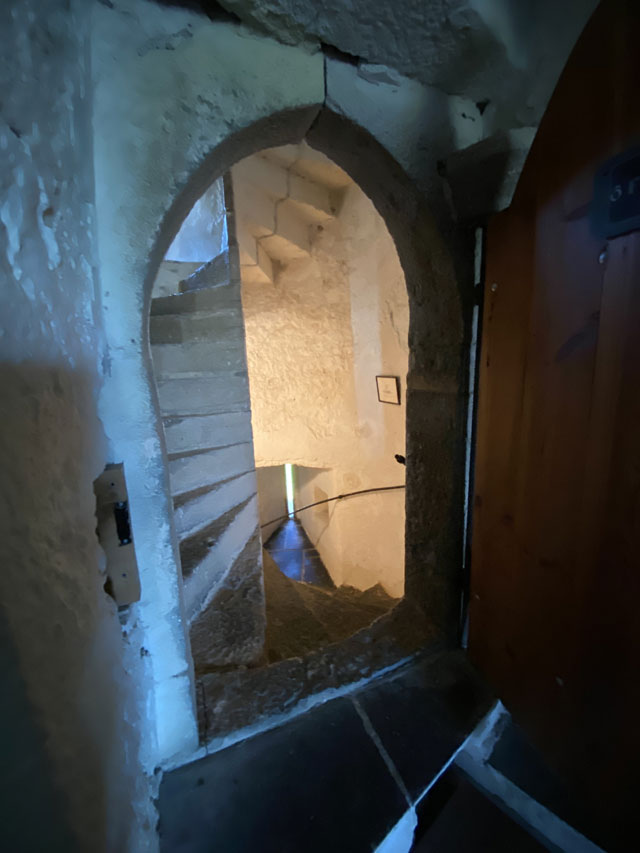 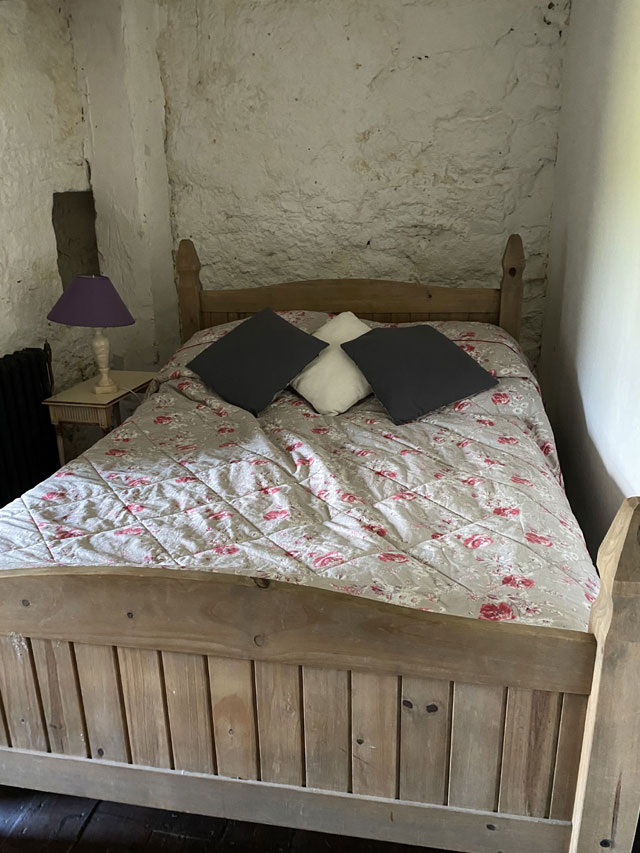 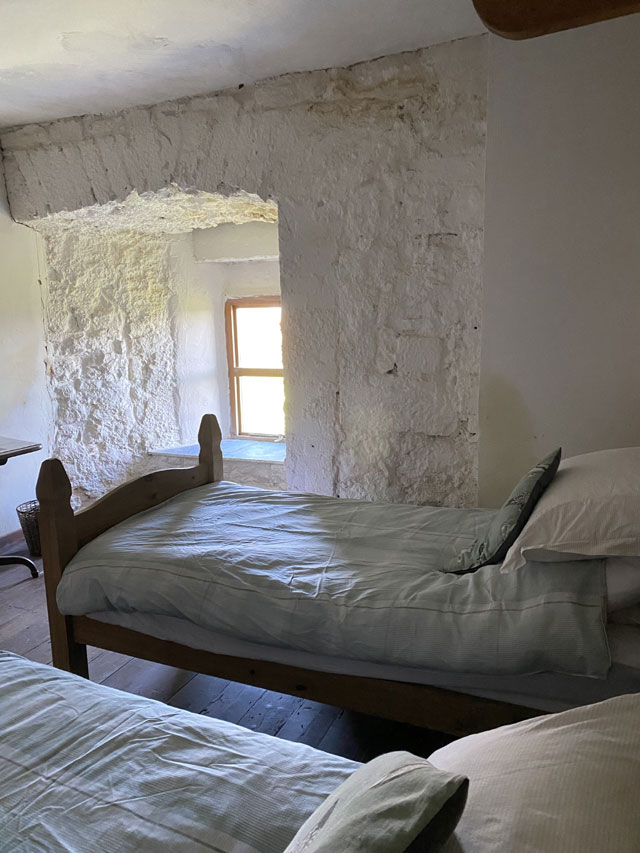 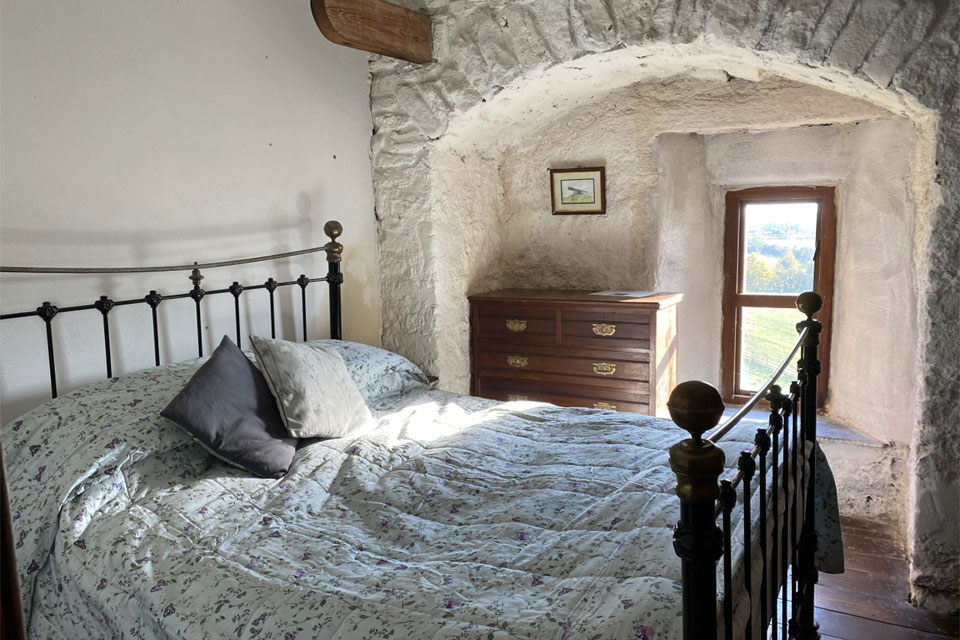 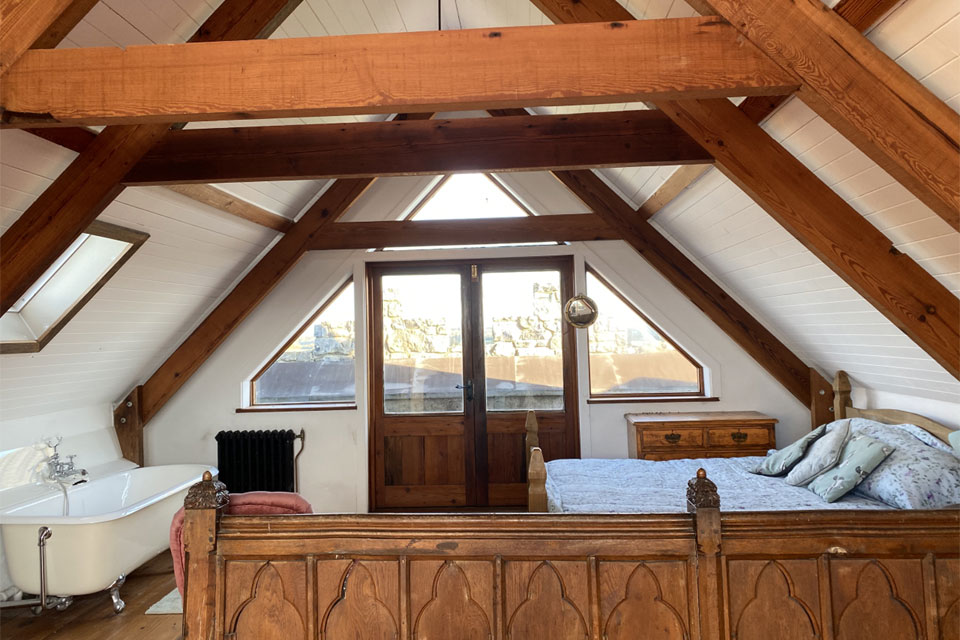 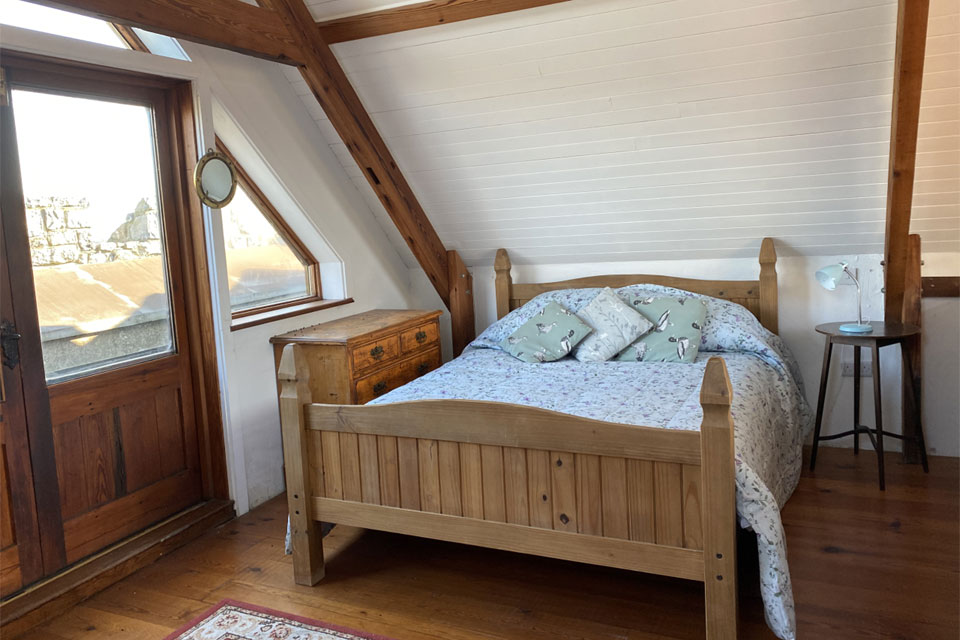 Located in a beautiful pastoral setting, with panoramic views of rolling landscapes and the Silvermine Mountains in the distance, Killahara Castle is private, tranquil and historic and is sure to beguile and delight.

The castle is in the village of Dovea, about 6 miles from Thurles, County Tipperary, and is accessed via wrought iron gates with a tree lined avenue leading onto the property. Recently refurbished to the highest standards, the property presents extremely well, and offers extensive accommodation over five floors. The entire castle measures circa 3,500 sqft.

The castle exterior is limestone rendered with traditional and locally sourced ‘hotlime’ harling and the interior is a traditional limewash on a stone surface. The accommodation is laid out over five floors and features include a recently commissioned front door (150kg of Irish oak), 1.5 inch pitch pine salvaged timber floors, a highly unusual 17th century overmantle, custom-made oak dining table and seating, vaulted ceilings and stairs leading out into an open area on the top floor. The castle is being sold including the bulk of the furniture.

ACCOMMODATION
The accommodation is laid out as follows over five floors…

Second floor
– Main reception area with large open hearth. Furniture including sofa, over-mantle and dressers all craftsman-built from salvaged timber.
– Single bedroom (currently named the ‘murder room’ – because the ‘murder holes’ used to open onto the front porch from here) leads off the reception room. This could be used as an office.
– Garderobe contains toilet and washbasin.

Third floor
– Principal bedroom with vaulted ceiling. (Currently named Seomra Fógartie, in honour of the original Chief Donagh Fógartie.) Original corbels and reed marks visible from original construction of vault.
– Garderobe contains shower, toilet and washbasin. (Likely that the secret room is located beneath the flagstones of this garderobe.)
– Side room, on same level but accessed separately from the spiral stairs, a single bedroom with vaulted ceiling. (Currently named Lady Trant’s room, for Emily Trant who took up residence for a short period in the early 20th century.) The window looks over the Trant estate house to the North.

Fourth floor
– The main area of this floor is currently divided into three ample bedrooms. Two doubles and a twin. These are named for Black Jack Fogarty, John Ellis, and the Cormack brothers – all nineteenth century characters with connections with the castle. (The division into these rooms by stud partitions that may be removed or altered without reference to Planning authorities and without any structural effects.) The foyer shared by these rooms, contains a ‘belfast sink’ washup facility.
– Garderobe contains shower, toilet and washbasin.
– Spiral stairs ends. Straight stairs leads up to parapet level.

Fifth floor
– Stairs leads out into open area. There is walking, viewing and sitting space all around the loft accommodation on this floor.
– The loft is self-contained with its own roll-top cast iron bath and separate toilet. The structure is built with salvaged beams and boards. The rail partitioning it into sleeping and seating, is a green oak balustrade salvaged from a demolished church. The roof is covered in a highly insulated A-frame structure, clad with natural slate. With glass gables it has excellent light and viewing and is charming in winter and summer.
– The spiral stairs in Killahara is in its original form and in top condition. Unusually, it has a hand rail. Movement between levels is therefore relatively easy. Nevertheless it is an ancient stone structure spanning 5 levels and there are various common-sense safety precautions that viewers should observe in relation to the stairs as well as doorways and passage ways.

The granting of permission was preceded by two years of planning and consultation with the experts and the relevant authorities. The process was then undertaken with expert oversight, and a high standard of workmanship. The Castle had stood as a shell until April 2008. It had had no roof, probably since the mid sixteen hundreds when Cromwellian forces ‘slighted’ the building. It had no floors or windows – absent since 1921, when the building was burnt out by the ‘Black & Tans’. Only one burnt wall plate remained. The lower level window openings were wider than originally, courtesy of the 1853 restoration attempt.

The surrounds of some of the widened opes were crumbling owing to the fact that, as that (1853) restoration had run out of steam, some openings had been hastily patched up with poorly supported brickwork rather than with stone mullions, transoms, and lintels. At the top, the parapet crenellation and machicolation was absent. Like the roof, these were probably missing from the early years of the castle. (The Cromwellian ‘slighting’ process, logically, included toppling defensive features of castles.)

All around the wall walk was a very old and most unusual concrete barge. It had been created as part of the 1904 restoration. Trees and ivy were growing on top of the barrel vault and were encroaching on the stonework at the top. The inner parts were continually saturated. The damp and lichen had caused many patches of the lime render to crumble. Birds nested throughout.

However, standing on a rock with all of its quoins still in place, the overall structure of this building was exceptionally well preserved. Furthermore, the barge on top had helped stem the decay of the decapitated walls from the top.

TIPPERARY
The County of Tipperary is well renowned for its rich history, culture and magnificent scenery with a wealth of fascinating castles and historic buildings to explore, such as the Rock of Cashel, originally the seats of the Kings of Munster, Cahir Castle, Athassel Abbey, and many others. The County also boasts an abundance of rural activities such as mountain climbing, horseriding, woodland trails, horse racing, angling, boating, sporting events as well as a good selection of excellent hotels and restaurants, cultural centres, art galleries, farmers markets and local pubs in the vibrant towns and villages throughout the county. Driving distances include: Thurles, 10 mins; 15 mins to the main Dublin to Cork motorway; Dublin, 1.5 hrs; Galway, 2 hrs; Limerick 1 hr; Cork, 1.5 hrs; Shannon Airport, 1 hr.